Nicolas Cage's The History Of Swear Words is flippin' average 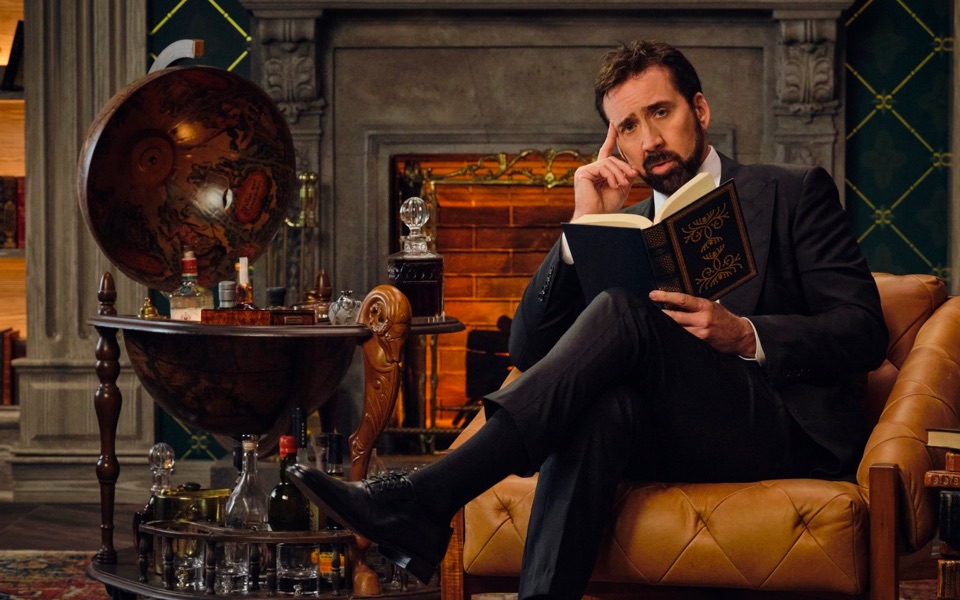 First, a warning. As you might have guessed, this review will contain some very adult language. Netflix’s latest series offering seems irresistible. Nicolas Cage, Oscar winning star turned living meme, presents a show about the history of naughty words. In the age of the endless scroll, that’s more than enough to entice most browsers to press play.

Read more: The top films of 2020, from Parasite to Mank

The first episode begins with the actor sitting in a drawing room, looking like he’s about to recite Hamlet. When he does speak, however, he growls “the fuck you looking at??” before launching into a number of famous movie quotes with that four-letter word in it. Within the first minute, the series seems to deliver on the unspoken promise of seeing Cage do something unusual, but he is a wild-eyed coat of paint on a very familiar format.

Essentially, it’s a talking head show where comedians and experts discuss a particular swear word, one per episode. It’s similar to those 100 greatest… programmes that seem to pop up on TV at the end of the year, except with a lot more profanity and higher profile guests.

Comedians such as Jim Jeffries, London Hughes, Nick Offerman and Sarah Silverman all crack wise about the different uses for shit, bitch, dick, and more, while experts in language and culture break down the word’s evolution in society.

The talent involved mean the laughs are steady, and there’s the odd surprise from interviewees such as The Wire star Isiah Whitlock Jr, who famously put his own spin on “Sheeeeiiiiiiiiiiiiiiiitt”. British star Hughes is the most fun, throwing herself into each subject with limitless enthusiasm.

On the brainy side, we get a lot of insight into the origin of these words, and why they have the power they do. There are amusing factoids such as the most foul-mouthed star in Hollywood being Jonah Hill, and interesting discussions such as the way ‘bitch’ has been reclaimed by many women and gay men.

Where the show comes unstuck is putting these two elements side-by-side. A serious lesson about racism is followed very quickly by an unrelated one-liner, creating a stop-start pace that is anathema to a show designed for casual viewing.

It’s a formula that also wears thin quickly. The first two shows offer a giddy thrill, but by the time you reach episode four’s dick discussion you’ve seen everything the series has to offer. Those who get to the tame final episode (covering “damn”) will see a premise that has been milked dry.

As a host, Cage is hit and miss. Often opening with a grandiose and baffling monologue, he pops up intermittently to introduce segments and perform visual comedy. It takes a hard heart not to laugh at the star as he stares at you dead in the eye and reveals a detailed drawing of a penis, but even this unpredictable dynamo runs out of steam.

The History of Swear Words is typical of a lot of modern shows, intended to hold your attention with some shocking gags before fading into the background as you look at your phone. Those with longer attention spans will learn a thing or two about some familiar expletives, but most will find a good idea that doesn’t quite develop.

The History of Swear Words is available on Netflix now.