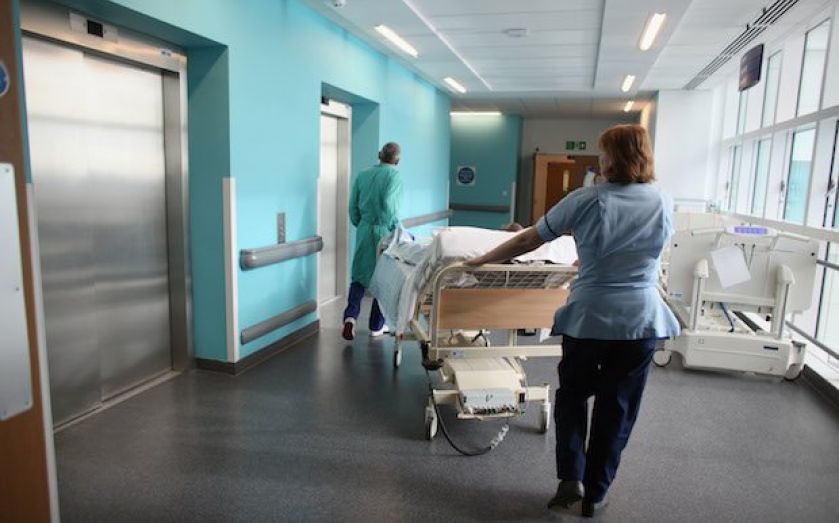 News this morning that only some public sector workers will see a one per cent pay rise next has riled individuals and unions alike.

While Armed Forces, prison officers, members of the judiciary and some NHS workers will see a pay rise next year, not everybody will. And the rise – by only one per cent – won't make much difference, according to many workers.

Health secretary Jeremy Hunt vetoed a blanket pay rise for the NHS, but the decision that ministers have made – to, in effect, hedge their bets – runs the risk of resulting in the worst of both worlds, with everyone at least a bit dissatisfied.

But then again, many would say that the discussion has veered significantly off course. Public sector workers earn, on average, 2.7 per cent more than their private sector counterparts – real private sector wages have fallen every year since 2010 – and, despite being in the midst of its tightest ever deal in terms of budget, the NHS does enjoy special government privilege.

And more crucially, as Sam Bowman of the Adam Smith Institute points out, the NHS is there to provide care for patients, "not to act as a welfare scheme for NHS staff."

Given that it's got a limited budget, increasing pay means cutting spending elsewhere: "It may well be the case that NHS patients are better served by additional staff or more investment in medical equipment than they would be by this wage increase."

Moreover, special protection means public sector workers already have "much greater job security than provate sector workers" – it's difficult to see why, says Bowman, there should be a sense of automatic entitlement for something most taxpayers are not experiencing.

Bowman's says the political wrangling we've seen over this decision "highlights the need for devolution of pay bargaining to NHS Trusts". When you take into account the varying labour markets and patient needs across the country, it seems foolish at best having national pay bargaining. "A pay rise that makes sense for patients in Suffolk may not make sense for patients in Sunderland."