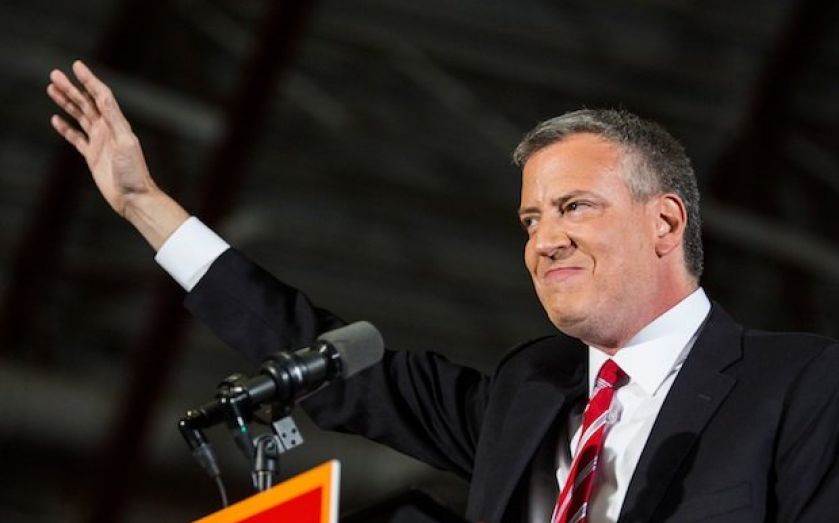 SEVERAL cities have declared bankruptcy in the US in the last few years, with Detroit the most prominent example. Based on this week’s mayoral election results, it’s not inconceivable that New York City may join the queue. The new mayor-elect Bill de Blasio has a tax-and-spend agenda reminiscent of the profligacy that led Greece to fiscal ruin.

Pessimism is warranted because there are common themes in the local governments that have run out of money. One is government employee unions that capture the political process and insist on excessive compensation packages, including gold-plated retirement benefits. This pushes up the expenditure side of the budget.

Meanwhile, local politicians raise taxes to facilitate their spending sprees. On paper, it appears they can achieve fiscal balance. But one thing politicians conveniently overlook is that taxpayers are not sheep awaiting slaughter; when taxes climb, particularly on highly-mobile workers and entrepreneurs, some taxpayers “vote with their feet” and move to jurisdictions with less oppressive systems.

It doesn’t take mass emigration to destabilise a local government’s finances, particularly when a city is very dependent on a limited number of high-income taxpayers. That is why de Blasio’s fiscal agenda is so risky. He wants to raise the New York City income tax (which comes on top of the 39.6 per cent federal income tax and the 8.8 per cent state income tax) from 3.876 per cent to 4.41 percent for taxpayers with an annual income over $500,000.

For those of us toiling away on middle-class incomes, a tax hike of about 0.5 percentage points may seem insignificant. But the average additional burden on New York City’s high flyers would be almost $200,000 annually. That’s not small change, and with upper-income taxpayers paying 43 per cent of the City’s income tax, it matters if even a handful of these people decide they’re tired of being fleeced. And there are plenty of zero-income tax states in the US that would roll out the welcome mat to attract fiscal refugees, like Texas, Florida, Wyoming, Nevada, and Tennessee.

For all intents and purposes, de Blasio wants to conduct the same experiment as President Hollande in France. But tax competition and taxpayer mobility are undermining Hollande’s class warfare, and the same thing will likely happen if de Blasio imposes his statist agenda.

But there is some good news: New York City does not have full control of its fiscal affairs. Any changes in the local income tax or local sales tax have to be approved by the state. Democratic governor Andrew Cuomo reportedly has national ambitions, and has expressed scepticism about de Blasio’s planned tax hike. Further, Republicans control the state senate and presumably will not be overly sympathetic to any fiscal plan that pillages Wall Street.

So folks in places that compete with New York City – such as London, Tokyo, and Hong Kong – shouldn’t put champagne on ice quite yet. Mayor-elect de Blasio wants to help your cities, but it’s uncertain at this stage whether he will succeed.

Daniel J Mitchell is a senior fellow at the Cato Institute.