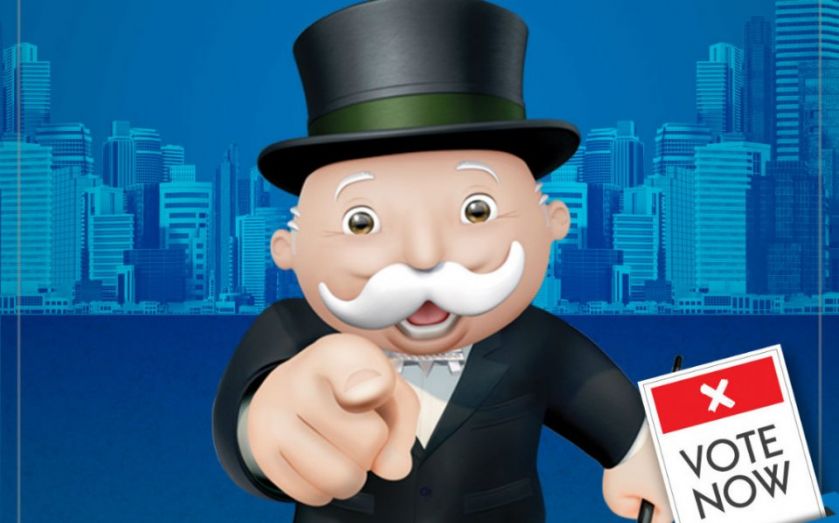 Everyone's favourite feud-filled family game Monopoly is getting a makeover.

The game-maker Hasbro is joining forces with millennial media giant BuzzFeed to crowdsource a new board which will feature 80 destinations around the world instead of famous city streets.

Monopoly fans are being asked to vote on the locations they want to appear on the board which will hit shops this Autumn in celebration of the game's 80th birthday.

For those wanting to get their favourite place a spot on the board, preferably in the much sought-after Mayfair spot, votes can be made on BuzzFeed, with 80 global destinations to choose from.

London, Belfast, Dublin, Edinburgh and Cardiff are all in the running, while a wild card option will give anyone the opportunity to put forward any place of their choice to appear in two spots on the board – Old Kent Road and Whitechapel.

As well as the new locations, the game will also feature famous landmarks as a replacement for the familiar boot and car counters. Rather than becoming a property mogul, the aim of the game is to fill your passport by visiting all the destinations, collecting cash from visitor fees along the way.

Hasbro said the collaboration with BuzzFeed would keep the game relevant and BuzzFeed will create content around the cities being voted for, encouraging the sharing of the #VoteMonopoly hashtag.

Hasbro's global marketing head Jonathan Berkowitz said: “We are thrilled to be teaming up with BuzzFeed as one of the leading social news and entertainment sites to bring our fans an exciting way to choose the cities that will be featured in the new Monopoly Here & Now game. This innovative campaign demonstrates how we continue to keep the Monopoly brand relevant by empowering our fans to help create today’s game.”

In France, Hasbro has also teased the board game's fans with the prospect of real money replacing the famous monopoly money in some editions of the game.