Electric car drivers will today find it easier to find charging points for their vehicles as Google included real-time data on the sites across the UK and US.

Drivers will be able to search for “ev [electric vehicle] charging stations” to see how many ports are currently available at each site, and other details such as charging speeds.

The information will also feature reviews from other users.

The new feature, which was launched today, connects with networks like Chargemaster, Evgo, Semaconnect, and will add Chargepoint soon, Google promised. 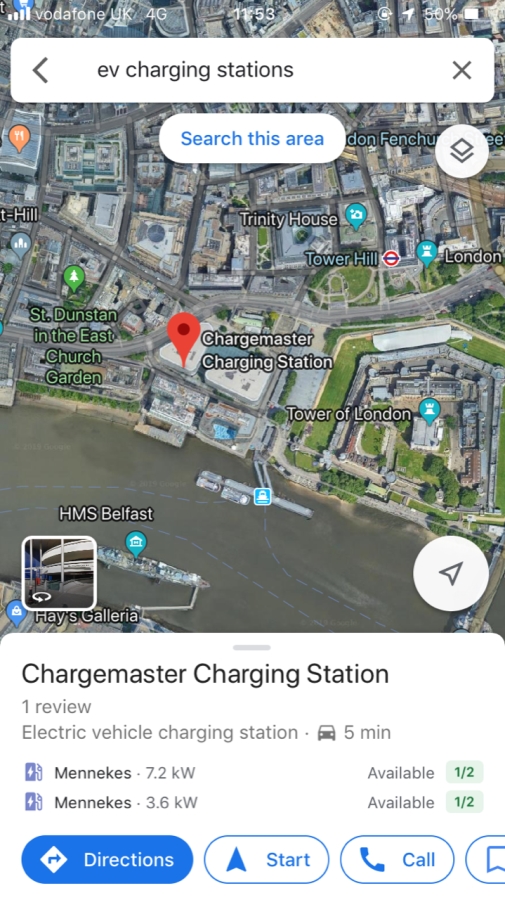 “If you’ve ever driven to an electric vehicle charging station only to find that all ports are occupied, you know that you could end up waiting in line for anywhere between minutes to hours – which can really put a damper on your day when you have places to go and things to do,” said Google Maps product manager Alex Donaldson.

Earlier this month the Society of Motor Manufacturers and Traders (SMMT) revealed that the number of plug-in vehicles rose by more than three quarters with 195,000 now driving on Britain’s roads.

It has helped push average carbon dioxide emissions to a record low as other drivers have benefited from low-emission technology.

SMMT chief executive Mike Hawes said at the time: “Thanks to massive investment from manufacturers in delivering a wide range of models across all fuel types, to suit all driving needs, environmental gains are now being delivered across the UK.”