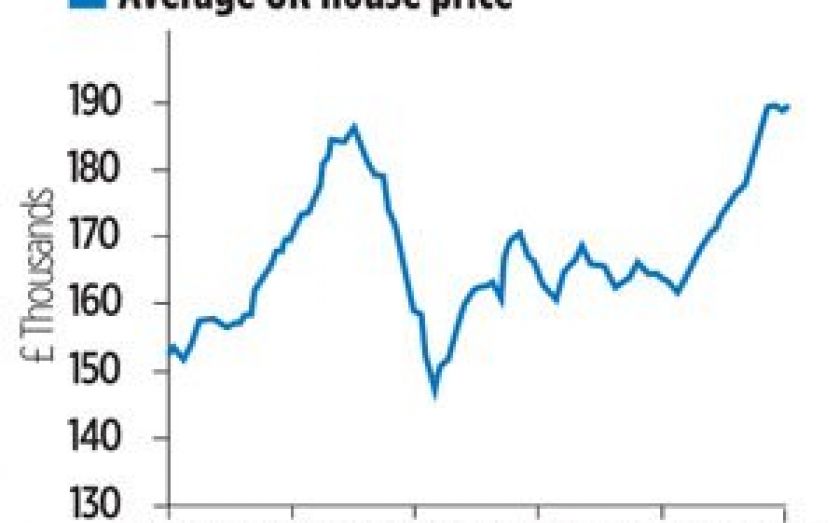 HOUSE price growth continued to slow down in October, adding to the view that the market is experiencing a broad-based cooling.

Prices grew by nine per cent year-on-year in October, according to figures released yesterday by Nationwide.

Although the annual growth is high, it is slower than the 11.8 per cent seen in June when the house price boom was at its peak.

The year-on-year growth rate of nine per cent is the lowest since January.

Data from the Bank of England, the Royal Institution of Chartered Surveyors, Halifax and the Land Registry have all pointed to the housing market coming off the boil in September and October.

“A variety of indicators suggest that the market has lost momentum. The number of mortgages approved for house purchase in September was almost 20 per cent below the level prevailing at the start of the year,” said economist Robert Gardner from Nationwide.

“Some forward looking indicators, such as new buyer enquiries, suggest that activity may soften further in the near term, especially in London.”

New stricter mortgage regulations have taken part of the blame. Nationwide also point to rising price- to-earnings ratios which measure affordability. Home buyers at the top end may also be spooked by a potential mansion tax.

“If the economy and the labour market remain in good shape, activity is likely to pick up in the quarters ahead, providing mortgage rates do not rise sharply,” Gardner said.