The new Brexit Wars episode is out: May the force be with you 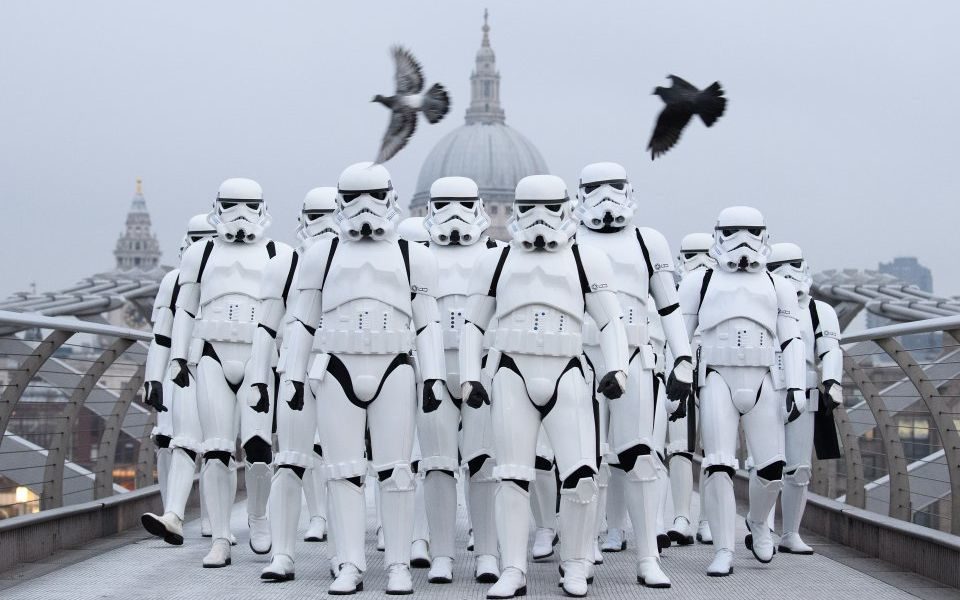 Maybe it’s just me, but the Stormtroopers in the new Star Wars movies never seem to have the same menace as the old ones.

Last week, Jacob Rees-Mogg and his colleagues in the eurosceptic European Research Group (ERG) of the Conservative party looked like they believed that they had gone old-school – Empire Strikes Back.

But their efforts just turned out to be a highly forgettable flop, like so many others in the later part of the film franchise.

I mean, the pre-premier promotion was something else. All that drama about 48 letters from the dark lords of the Sith. “They live among us.” The sense of ominous presence and imminent danger.

But in the event it was all fizzle and no sizzle. Not even an uncomfortable “I am your father” reveal moment. More Ewoks than Empire.

And it got worse after the big event, with weedy blather from Rees-Mogg that the Prime Minister’s 63 per cent share of the vote wasn’t enough to count as meaningful. Cut the whimpering, where’s Darth Vader when you need him? “You have failed me for the last time, Mogg…”

Things were looking very different just a few hours earlier. The House of Commons, in frenzied debate at Prime Minister’s Questions, had the distinct feel of the bar on Tatooine in the first Star Wars.

Remember that? Lots of distressed creatures from across the galaxy, bobbing up and down, emitting so many unintelligible grunts and noises that we needed subtitles.

The camera pans to the corner. There, Jeremy Corbyn, a passable Alec Guinness as Obi-Wan Kenobi, holding court about his six tests.

If you can stay awake after that, imagine him casting his hand mystically towards the government benches: “these aren’t the droids you’re looking for.”

Mind you, Han Solo wrote all that Jedi mind trick stuff off as “mumbo jumbo” and a “hokey religion” in 1977 – which, as it happens, was the last time Corbyn’s particular branch of Labour’s Jedi order held the reins in Britain.

For those who haven’t seen the Christmas reruns, it didn’t turn out that well by the time we got to the winter of discontent scenes, and the order was summarily scorched.

Back to the script. Princess Leia leads an ever-diminishing merry band against impossible odds. After starting with an army, just 12 members of the resistance made it out with Leia in the last movie.

The Prime Minister has clearly taken her cue. She can now boast 200 remaining out of an original cast of 650 MPs.

Meanwhile, the Brexit Death Star will be in range in March. “Witness the power of this fully operational EU battle star,” screeches Supreme Chancellor Donald Tusk, threatening the obliteration of interplanetary GDP.

“I sense a great disturbance in the force” – Ken Clarke as Yoda. As father of the House of Commons, there is much intergalactic zen from Ken.

And come on, while we’re at it, Boris Johnson as Luke Skywalker? Even in the film, he and Yoda never got on. Yoda always sensed the dark side in Luke.

On the night of the vote, Clarke let it be known that, as far as he was concerned, Johnson couldn’t run a whelk stall, let alone become Prime Minister. “Sense the bad in you, I do. Go to the whelk stall system, you must…. There is another.”

Johnson had taken on the new method acting role with gusto: a new haircut and dumping the weight by apparently binning the Mars Bars and canning le fromage.

But alas, despite ditching the dairy, his role turned out to be little more than cheese. Like so many actors who aspire to critical acclaim after box office pulp, the prospect of him turned out to be much better than the reality.

As aficionados of the movies will no doubt recall, Chapter IV is called A New Hope. And now we’ve seen the latest release in Westminster, the question is, is it?

Didn’t any of May’s enemies read the script? “If you strike me down, I shall become more powerful than you can possibly imagine.”

Judging by the number of showdowns and seemingly imminent endings that this Prime Minister has already faced, there must be something in it.

Of course, these are dark days and we are not living in a galaxy far, far away. It’s a shame, then, that there is no new Star Wars to kick back with this festive season. But we do have Brexit Wars, the gift that unfortunately keeps on giving.

And if you can forget for a moment that Han Solo was ultimately mercilessly murdered by his son, he did offer this uplifting Christmas cracker: “Come on, let’s keep a little optimism here.”

May the force be with you.