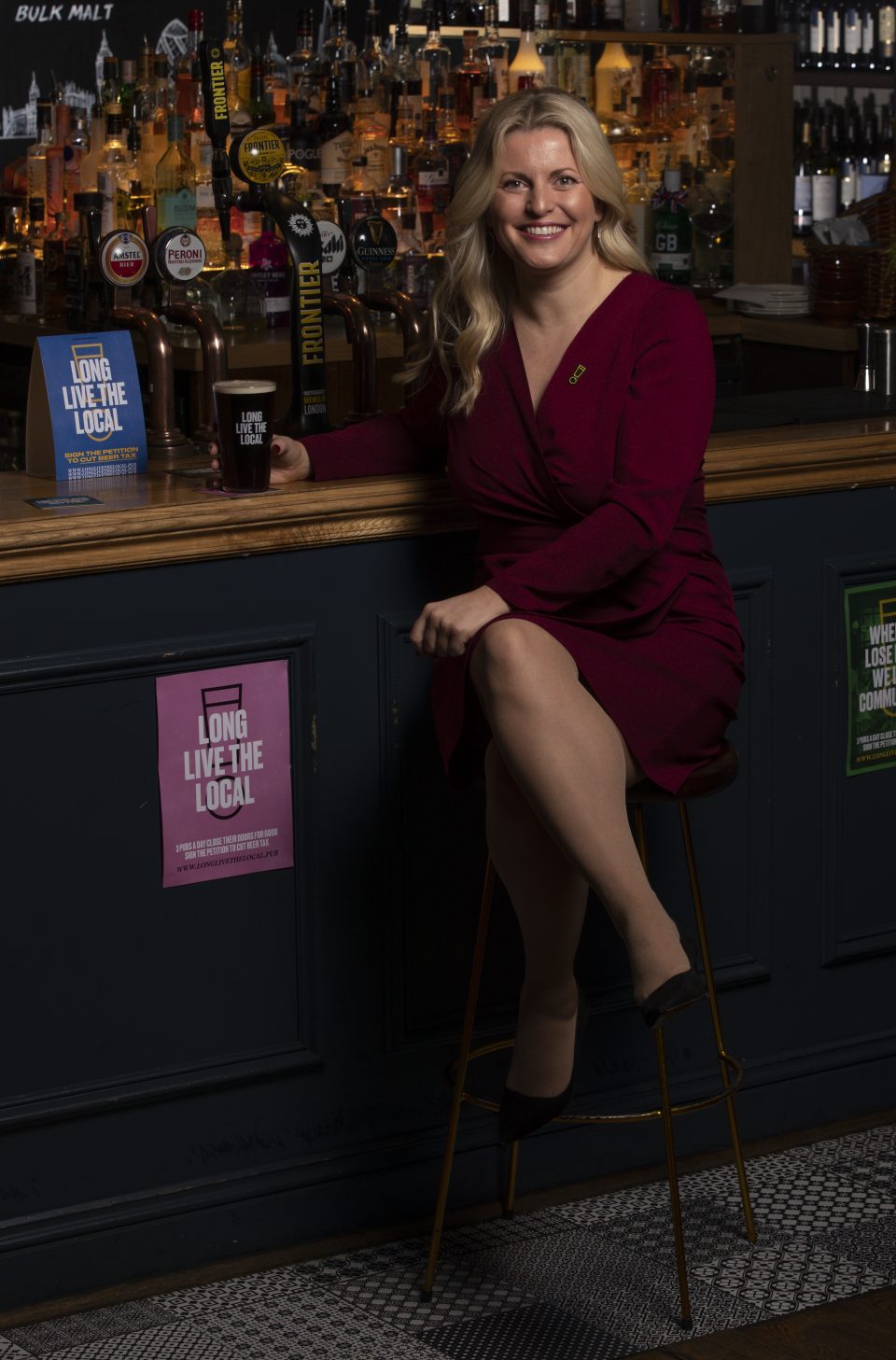 Beer is proof God loves us and wants us to be happy” is a quote that adorns tourist-tat t-shirts and bar mirrors across the world. It also, as far as anyone can tell, was never actually said by the man usually given credit — Benjamin Franklin.

But regardless of whether the Founding Father uttered the words, it seems to ring true for Emma McClarkin, the recently appointed boss of the British Beer and Pub Association, who is positively giddy about her new gig.

“I’m from the country — you spend a lot of time hanging out in pubs,” she tells City A.M. in her new office in Brewers’ Hall on Aldermanbury Square, a site where brewers have been meeting since at least 1403.

“And when you love beer, you go to really good pubs to get your really good beer. So the two go together.”

But while McClarkin may be a firm advocate of the great British boozer, the industry has had a torrid time of it in recent years.

The number of pubs in the UK has fallen 22 per cent since 2000, and three pubs a day are going to the wall, the BBPA says, due to the tax burden they pay.

The body says that rate of closure won’t slow down — with more than one in 10 pubs closing in the next five years if there aren’t changes to duty or business rates.

So McClarkin has a busy inbox as she starts her job. But after 10 years in Brussels as a Conservative MEP for the east midlands, she is surely well placed to navigate choppy political waters.

“From my experience over in Brussels I know about the legislation that impacts on the food and drink industry,” she says. “We dealt with tourism packages and looking at alcohol policy on the whole. So having dealt with that and how that’s been implemented or translated back here in the UK, I understand how you sculpt and make that policy but now I’ll be doing that from the other side.”

Evidence of previous lobbying efforts sits beside her desk in the form of a Rugby World Cup 2015 memento, a reminder of her work for the Rugby Football Union in ensuring government funding for a successful bid to host the 2015 global tournament.

The General Election has given McClarkin an opportunity to make the industry’s case, and for her, the most pressing issues are three Bs: business rates, beer duty, and — sigh — Brexit. Do politicians ‘get’ the pub?

“We have a lot of beer champions… but I think they really need not to take the pub for granted,” she says. “We really need to emphasise that you need to create the right environment in order to sustain it. You can’t just expect it to be there without any support. So that means looking at business rates, looking at beer duty and supporting those businesses.”

McClarkin cites the fact that pubs pay 2.8 per cent of the entire business rates bill, despite accounting for just 0.5 per cent of business turnover in the UK. “It’s disproportionate,” she says.

There may be chinks of light on the horizon. The BBPA’s Long Live the Local campaign has seen 200,000 signatures calling for tax relief. The Tories have promised in their manifesto to deliver a root and branch reform of the business rates system with a cut for small businesses, along with a review of alcohol duty. Labour has pledged to replace rates with a land value tax.

McClarkin is cautiously optimistic. “We very much welcome the positive noises and indicators we’ve been given but the devil is always going to be in the detail.”

And what about Britain’s departure from the EU? McClarkin is a burst of energy on that, too, despite having spent so long on the continent.

“There will be opportunities for us to look at things with new eyes, and duty is absolutely going to be one of those. But there’s an opportunity for us to go out to the rest of the world and really sell Britain’s brand. British beer and pubs are absolutely part of that British brand,” she says.

“There’s a lot more potential out there for us, and frankly we need to catch up with where Germany has been globally. There are British beers out there in Asia. But can we…introduce them to our IPAs?”

As for the risks from a messy Brussels divorce, McClarkin cites getting beer in and out of the country and the need for an immigration system that allows hospitality staff to come to the UK and stay here. “We need to make (both) as seamless as possible,” she says.

But the new champion of the beer and pub trade isn’t just asking for government to act. “Pubs need to put on a quality offer, and that shouldn’t be diminished,” McClarkin says.

“If you’re putting in the investment and delivering quality service, your customers will keep coming back. So there is a push and pull effect. But some of the pubs here are on the edge. They’re working on the smallest margins.”

McClarkin has spent years in politics and is notably diplomatic. She politely declines to reveal her favourite pub (“if I pick one I’ll be in trouble”) but she will allow herself one statement which might leave some of her friends in Brussels choking on their Duvel.

“You can debate on beer,” she says, when asked about the different booze scenes either side of the North Sea. “But our pubs have a better atmosphere than the ones in Belgium, 100 per cent. Our pubs win every day.”

British politics is a difficult beast to predict, but it seems certain that McClarkin is determined to make the case for an industry that will need its voice to be heard loud and clear.