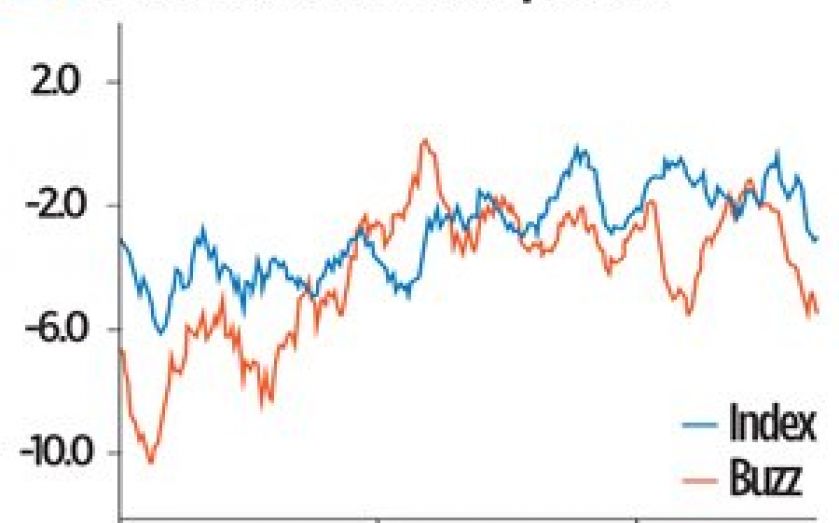 NEWS that Network Rail will be answerable to parliament – having its status changed so that it counts as part of the private sector – has caused a stir among MPs, executives and the public more generally. Is this the first step on the road to re-nationalisation? Is this what the public want? And how is the operator performing in its current guise?

The fact that passengers have just been informed of next year’s price hikes has only exacerbated ill-feeling towards the rail system and oper­ators.

Using YouGov BrandIndex data, we can assess how the company has been acting in the eyes of the public. The index, which measures quality, value, satisfaction and reputation, has been negative since the turn of the year, averaging minus 2.8 over this period.

Worryingly for Network Rail, we have seen a recent decline in its score, from minus 0.8 in the middle of August, their score has declined to minus 3.1.

YouGov’s Buzz Metric, which determines whether a respondent has heard anything positive or negative about the brand in the past two weeks, tells an even sorrier tale. Since 1 January, its Buzz average is minus 4.1, with a lowest ebb of minus 10.2.

Again we are currently seeing a decline in scores, with a score of minus 1.8 half way through August now minus 5.8.

This underlines the negative press currently encircling the embittered operator.

In May, our polling with the Sunday Times revealed UK attitudes towards renationalising the railways.

Three out of five said they would support renationalisation, with only one fifth saying they would oppose this policy. The same figure said they did not know. Clearly, consumers feel they are being offered an unfair deal, and annoyance at the current system will fester, which could lead to a longing for a new way of running the railways.