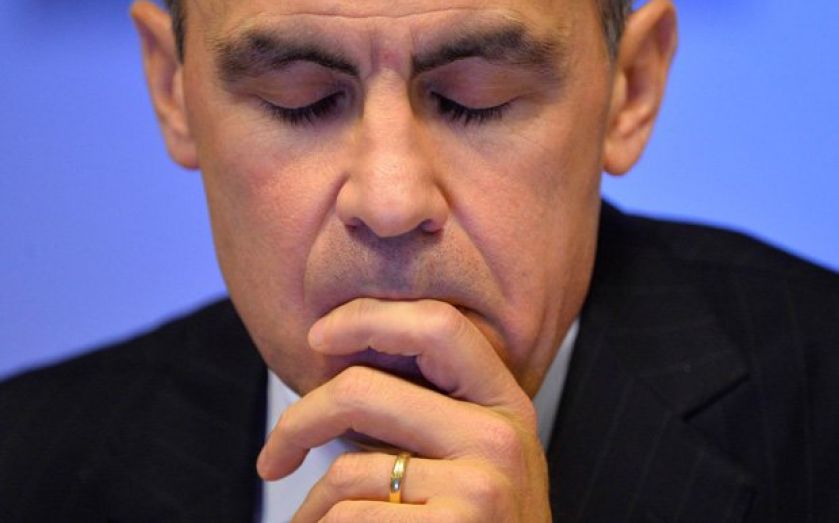 Bank of England governor Mark Carney will be quizzed by MPs next month over whether he has faced any political pressure to keep interest rates at their historic low.

Carney and chancellor George Osborne have been hit by suggestions this week that they struck a deal to keep rates low until after the election. Mark Field, MP for the Cities of London and Westminster, said in yesterday’s City A.M. that “there was a clear bargain between him [Carney] and Osborne” to keep rates down.

And City A.M. understands the influential Treasury Select Committee (TSC) of MPs will use a hearing with Carney next month to ask him about his relationship with Osborne.

Both the Bank of England and the Trea­­sury have vehemently denied that there is any pressure on Carney.

And the Bank insists the decision on interest rates is solely down to the nine-strong monetary policy committee (MPC), on which Carney is only one member.

“The Bank of England has to act independently, otherwise the whole thing becomes farcical – you get back to the worst case scenario where the chancellor is deciding rates covertly,” TSC mem­ber Mark Garnier MP told City A.M. “The Treasury committee is very cognisant of this kind of risk.”

When Carney has previously been asked, he has denied there is any political pressure placed on him.

The Bank of England has been able to set interest rates free of political influence from the chancellor by Gordon Brown in 1997.

Previously, the worry had existed that chancellors would be tempted to cut interests before elections, engineering short term economic booms to give them a lift in the polls, even if it would do harm in the longer-term by encouraging reckless borrowing.

The government is known to be concerned about the political risks posed by an interest rate rise to its re-elect­ion hopes.

Next May’s general election campaign is expected to focus on the economy, with the chancellor promoting the recovery, and Labour continuing its complaints about the cost of living.

If interest rates rise, it would push up bills for borrowers and so the Conservatives fear it would improve Labour’s prospects.

Writing in today’s City A.M., Mark Field says he believes “the chancellor has surely had an unspoken understanding with Carney from the outset of their relationship.

“With the date of destiny with the voters soon upon us, brave would be the governor who risked his patron’s scorn with a rate hike in advance of 2015’s poll,” Field writes.

And yesterday TSC member John Mann told the Evening Standard he too believed Carney was holding back a rate hike “until after the election when they rise immediately.”

The current consensus among economists is that interest rates will rise in the first quarter of 2015, a few months before the election.

Some had predicted a rate hike in the final quarter of 2014, but comments by Carney last week pushed back those expectations.

The governor said that even falling unemployment was not enough by itself to make the Bank raise rates, and it would be likely to wait until wage growth showed signs of a recovery.

The Bank of England has taken some steps to cool areas such as the housing market, short of raising interest rates.

From October, banks face new limits on the level of loans they can offer to home buyers who borrow more than 4.5 times their income.