MPs have triggered a war of words in the City after calling for a radical breakup of accountancy’s Big Four firms.

A highly-anticipated report by the Business, Energy and Industrial Strategy (Beis) Committee, released today, said the audit and consultancy arms of Deloitte, EY, KPMG and PwC should be forcibly divided to drive up competition and quality.

The report was met with an excoriating response by the CBI business lobby group, which said the suggestion of a structural split was “heavy-handed” and accused the committee of “rushing to simplistic measures”.

Other City groups offered a tentative welcome to the report. The Investment Association called the recommendations an “important step”, while the Institute of Directors said it offered some “useful ideas”.

Committee members presented a smorgasbord of recommendations, including a “full structural breakup” of the firms, fixed seven-year audit contracts, a joint audit system and the introduction of a cap on the number of top companies any single firm can audit.

The competition watchdog has already proposed an internal operational split within firms, but MPs argued that would not go far enough – throwing their support behind an approach which would see the professional services giants’ UK entities split into separate companies with their own chief executives and boards.

The Committee said the “benefits of separation are large, and in our judgement, worth incurring significant costs”, acknowledging its recommendations would be expensive.

“People are tired of hearing excuses for failure and are intolerant of blame being shifted from one set of well-paid people to another,” they said, adding: “Radical change is needed.”

Labour MP Rachel Reeves, its chair, said: “For the big firms, audits seem too often to be the route to milking the cash-cow of consultancy business… Splitting audit from non-audit business would be a big step to boosting the culture of challenge needed to deliver high-quality audits.” 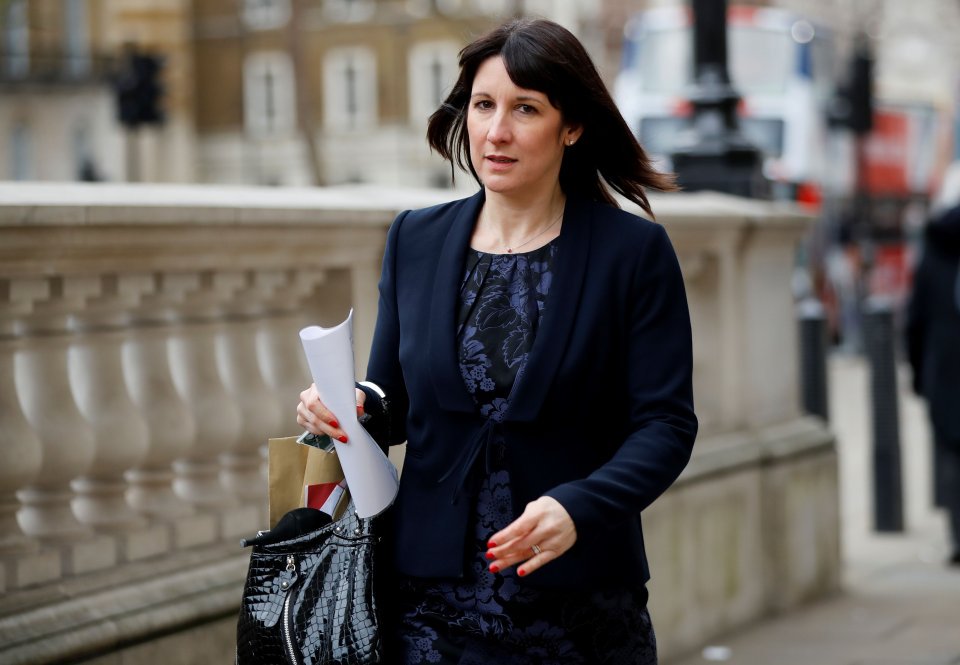 Labour MP Rachel Reeves said: “For the big firms, audits seem too often to be the route to milking the cash-cow of consultancy business.” (Source: Getty)

Josh Hardie, deputy director-general of the CBI, said: “The Committee’s idea to force a break-up of the Big Four jumps the gun. It puts forward a heavy-handed solution rather than waiting for the evidence of the reviews investigating the state of the current market and future vision for audits.”

He said businesses were “aware” of problems in the sector, but added: “the UK’s position as a stable, evidence-based country is already under threat. So rushing to simplistic measures rather than following a clear, considered long-term approach will damage our reputation further.”

Read more: Financial Reporting Council to be scrapped in shake-up of audit sector

The Big Four have consistently opposed a full breakup, arguing it would reduce audit quality and increase costs. Stephen Griggs, Deloitte UK’s managing partner for audit, said a split: “will be detrimental to audit quality and could materially damage the UK’s competitive position as a leading capital market.”

The Beis report is one of a slew of investigations into audit launched in the wake of the failure of department store BHS and outsourcer Carillion. Both went bust shortly their accounts were given a clean bill of health.

In its preliminary report last year, the Competition and Markets Authority proposed separating audit from consulting services and introducing a joint audit regime. A separate review by Sir John Kingman, which the government has said it will implement, recommended scrapping accountancy watchdog the Financial Reporting Council (FRC).

Former chair of the London Stock Exchange Group Donald Brydon is currently reviewing audit standards and the future of the sector.

● The FRC separately announced today it has launched an assessment of KPMG’s audit practice.

Last year, it accused the firm – which had been Carillion’s external auditor – of an “unacceptable decline” in audit quality.

KPMG said the assessment, which is being led by Allen & Overy’s Sally Dewar – a former KPMG employee –was “a valuable opportunity for the FRC to test our progress”.

“We also believe this kind of rigour and challenge will become increasingly common in our sector and this is a change for the better,” a spokesperson for the firm added.