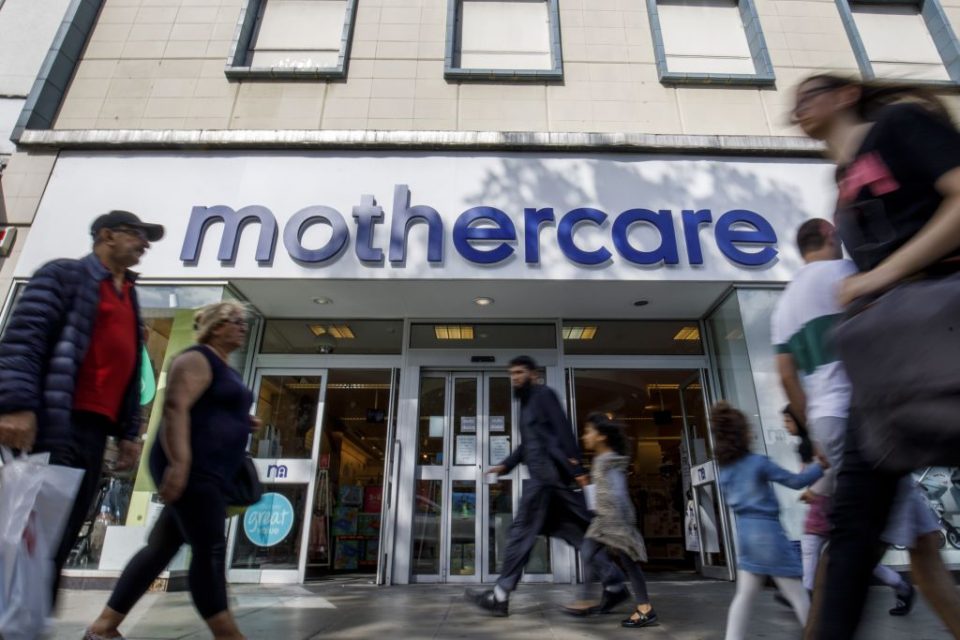 Shares in Mothercare have soared this morning after the maternity and baby retailer’s UK business entered administration.

Mothercare’s share price surged more than 36 per cent this morning, to 13p, after management firmed up administration plans and revealed further details on the company’s turnaround proposals.

Last night Mothercare announced PwC had been appointed administrator and will close its 79 UK stores, putting thousands of jobs at risk.

The retailer also unveiled further restructuring plans for the group, including a share placement, repaying bank debt facilities through the administration and a revised pension payment schedule.

The company said it was in talks with potential partners to maintain a presence in the UK through a franchise agreement.

Mothercare chairman Clive Whiley said the transformation plans will ensure the retailer has a “bright future ahead as a solvent and cash generative group”.

“Today’s actions seek to return Mothercare to a stable and sustainable footing, and to preserve value for many of our stakeholders …who might otherwise have faced significant losses,” he added.

In a note to investors this morning Shore Capital Markets analysts said: “Whilst distressing news for the 2,700 Mothercare staff in the UK with the potential closure of the 79 company owned stores, it removes a structural millstone that management have been working hard to address over the last two years.”

The retailer announced an intention to appoint administrators on Monday, saying the UK retail arm was not profitable and no buyer could be found.

Joint administrator Zelf Hussain said: “It’s with real regret that we have to implement a phased closure of all UK stores. Our focus will be to help employees and keep the stores trading for as long as possible.”