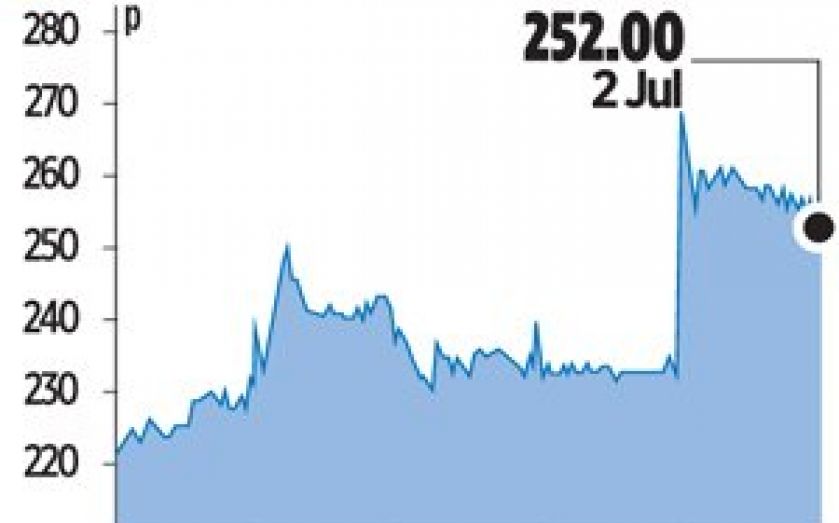 US RETAILER Destination Maternity yesterday said that it would seek to hold talks with Mothercare’s board after revealing that it has had two takeover proposals rejected by the mother and baby products chain.

Destination Maternity said Mother­care had rebuffed its first two written proposals and had “refused to engage” with the firm on its latest offer of 300p a share that valued the company at £266m.

Chief executive Ed Krell said: “We are seeking to engage with the board of Moth­ercare on a constructive basis with the goal of completing a recommended transaction.”

Shares in Mothercare rose eight per cent on the news of the takeover interest yesterday.

However Mothercare’s chairman Alan Parker said: “We do not believe they reflect the inherent value of Mothercare to our shareholders or its prospects for recovery.”

Mothercare has had a difficult year after issuing a hefty profit warning in January, followed by the departure of chief executive Simon Calver a month later.

The retailer has struggled against fierce competition and has been trying to fight back by cutting costs, closing loss-making stores and building its online presence.

Mothercare’s decision to reject the bid was backed by one of the retailer’s top 10 shareholders.

Matthew Tillett, portfolio manager at Allianz Global Investors argued that there was not enough focus on Mothercare’s international business, which has grown profits from £9.6m to £45m over the past six years.

“There is a strong argument that this sort of business should be worth a very high multiple,” he said.

Destination Maternity has until 30 July to make an offer or walk away under Takeover Panel rules.