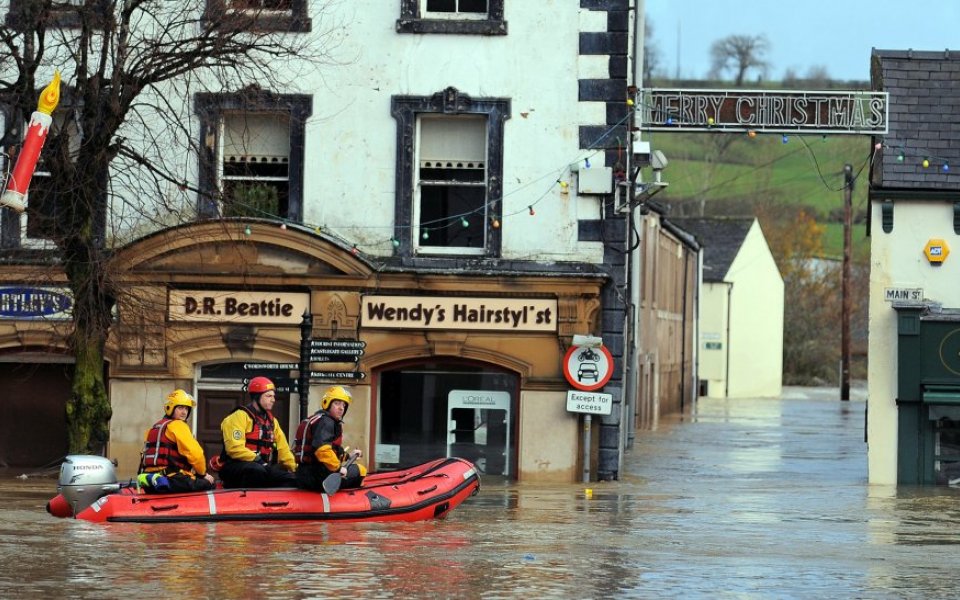 The floods aren't over yet – the Met Office has warned that Cumbria is likely to be hit by a second wave of them, as more rain takes hold northern England.

In total 1.5 inches of rain is expected to accumulate in Cumbria over the course of Saturday, which might not sound like much, but the river levels in the region are extremely high from last weekend and could easily spill over again.

The Met issued a yellow weather warning, which means people should "be aware" of the risk. Rain began falling in the region early this morning, and areas at high risk include Keswick Appleby, Carlisle, Kendal and Cockermouth.

The rain is expected to clear up on Sunday, although it will remain patchy in some areas. Meanwhile, snow is expected to make an appearance in the Peak District, Pennines and Cumbrian Fells.

Last week, thousands of homes and businesses had to be evacuated due to floods caused by Storm Desmond. In Keswick, 600 people went into temporary accommodation after 200 homes were severely flooded.

Chris Wilding, flood duty manager at the Environment Agency, said: "River levels are high and the ground is saturated after the exceptional rainfall from Storm Desmond and rain this week, so we continue to ask people to remain vigilant with further rainfall expected this weekend."