Shares in troubled tech group Monitise tumbled by more than 27 per cent to 4.2p in the first minutes of trading, as it announced chief executive Elizabeth Buse will step down after just six months running the show.

In a statement today, Monitise said Buse will step down today "due to her desire for personal reasons to return to the United States". She took the reins from her co-chief exec, the company's founder Alastair Lukies, when he stepped down in March following a strategic review.

Deputy chief executive Lee Cameron has been appointed chief executive, and Buse "will remain with the business until the end of October to ensure an orderly transition and handover of responsibilities", Monitise said. 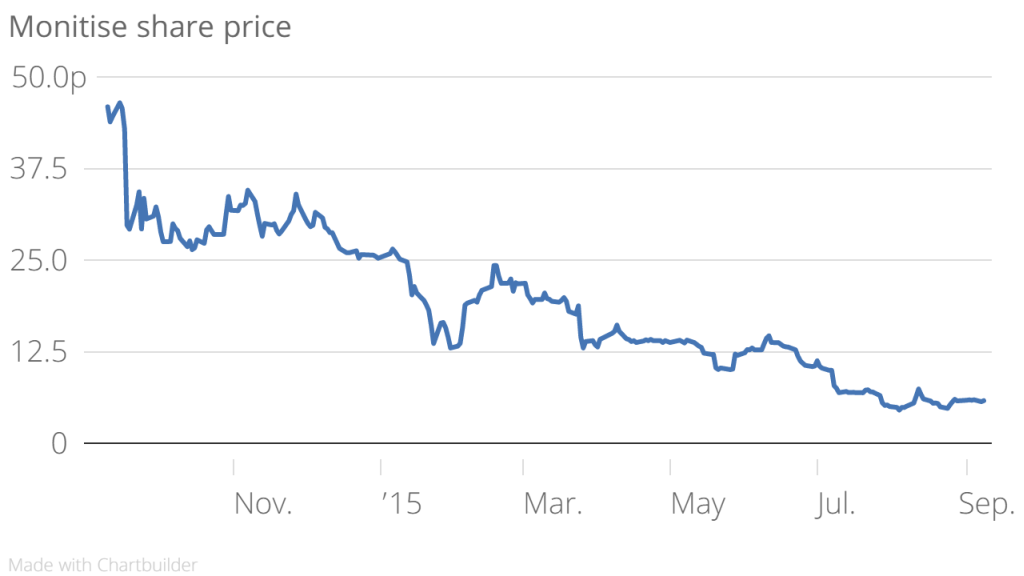 Monitise has shifted away from its original subscription-based model to focus on its product and platforms. While it had deals with the likes of Santander and Telefonica in the bag, heading in a new strategic direction has so far failed to turn a profit.

Our move to become a cloud business reflects our drive to adapt to the evolving needs of the industries and clients we serve. A consequence of reshaping Monitise for growth and profitability is that we have had to recognise significant non-cash impairments and exceptional one-off costs.

This is the latest in a series of poor results for the company, which have announced a string of revenue warnings.

The board is pleased to announce the appointment of Lee Cameron as chief executive. Lee has been on the Monitise board since 2008, held a number of senior executive roles within the company.

I would like to thank Elizabeth Buse for capably taking on the role of sole chief executive earlier this year and setting in place many important changes that have helped to reposition the business for the future.