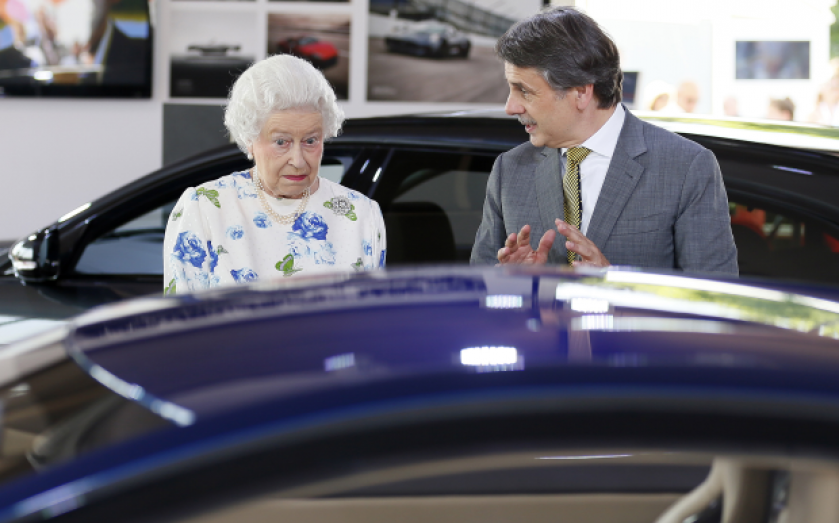 TONIGHT business leaders will attend a reception at Buckingham Palace for the Queen’s Awards for Enterprise. While everyone’s attention will be on the Royal baby, which the Centre for Retail Research estimates will boost the economy by £243m, the day-to-day work of the monarchy continues. With the Royal Wedding in 2011, last year’s Diamond Jubilee, and now the birth of a new prince, it’s been a bullish few years for the Royals.

The Queen’s Awards for Enterprise, like the monarchy itself, have evolved subtly over time. First conceived as the Queen’s Award to Industry in 1965, it was replaced in 1975 by two schemes focused on technology and exports. In 1999, the awards were rebranded again as the Queen’s Awards for Enterprise, and divided into the three categories of trade, innovation and sustainable development, thereby aligning them with the drivers of growth in the twenty-first century economy. The Awards are much sought after; in 2012, 862 businesses applied and 209 awards were granted.

As the Awards show, the Royal Family plays an important, if sometimes under-appreciated, role in boosting UK business. Perhaps this is not surprising for an institution labelled The Firm.

First, the Royals give a stamp of approval not only to the winners of the Queen’s Awards, but to 800 firms supplying them through the granting of Royal Warrants. These range from traditional craftspeople to modern global companies. Earlier this month, the Coronation Festival held in the Palace gardens highlighted the trade of these warrant holders. And a few weeks ago, the Queen inaugurated a new prize for engineering in her name, making a link between the profession and business in her remarks: “At its heart, engineering is about using science to find creative, practical solutions.”

Second, the Royal patronages include charities which encourage responsible business. One example is Business in the Community, established in 1982 after inner-city riots in Toxteth and Brixton. Before the days when corporate social responsibility was in the mainstream, the organisation has inspired business to fulfil its wider responsibilities to society.

Third, the monarchy’s visits and investitures often have business connotations. The Queen visits numerous companies across Britain. The Duke of York, having refocused his role around skills and apprenticeships, continues to bang the drum for business, notably visiting Silicon Roundabout in March.

Fourth, the monarchy’s global profile and popularity is a huge asset for UK business. The Queen is head of the 54 nation Commonwealth, and countries like Germany and the US take an huge interest in our Royal Family. This soft power can be deployed formally, by incorporating business meetings on the programme of State visits. The Royal “brand” can help large firms wishing to expand overseas, and boost the relatively small number of our SMEs exporting.

When set against the backdrop of the average tenure of a modern chief executive, the Queen’s 61 year reign is remarkable. Business leaders congratulating her tonight at the Palace may reflect on the role the monarchy plays in supporting corporate Britain.

Zaki Cooper worked in Buckingham Palace’s press office from 2009 to 2012, and writes in a personal capacity. @zakicooper