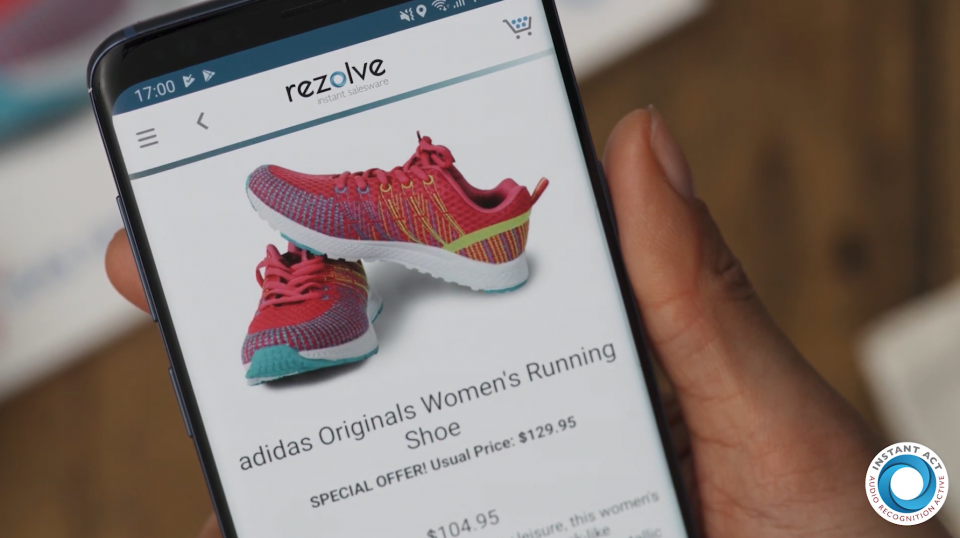 Mobile shopping tech firm Rezolve has signed a multi-million-pound deal with South Korean conglomerate Lotte Corporation as it expands its presence in Asia.

Lotte will use the London startup’s technology in its supermarket app, allowing customers to make purchases by scanning promotional print leaflets with their smartphone.

The app’s capabilities could also be extended to include audio signals, geolocation zones and links found on social media.

The deal means Rezolve will take a fee on every transaction made through the discount supermarket’s app. A significant proportion of the grocer’s sales are generated through weekly print leaflets outlining the latest deals.

The deal is the first major retail tie-up announced by Rezolve, which also operates in China, India and Taiwan. In September the firm secured a major deal to embed its technology into all Samsung smartphones.

Rezolve is currently focused on Asian markets, where mobile commerce has enjoyed rapid growth over recent years. The firm counts Sir David Wright, former British ambassador to Japan and Korea, as one of its non-executive directors.

However, the tech company is also set to reveal a series of deals with UK retailers, and has tapped Sainsbury’s chief executive Justin King to join the board as an adviser.

Initially, Rezolve’s technology is likely to be centred around print product labels, such as text on coffee cups and fast food wrappers, but it could be extended to enable purchases through other audiovisual cues.

“Rezolve provides a way for consumers to deepen their engagement with their favourite brands and Lotte Corporation, being one of the world’s largest conglomerates spanning food and beverage to department stores to hotels and theme parks, the possibilities of what can be achieved through Rezolve and a smartphone are endless,” said chief executive and founder Dan Wagner.

“Mobile devices have become the go-to method for people to explore and connect with brands and Rezolve is rapidly becoming the standard for the world’s leading companies.”

Wagner is hoping Rezolve will help rehabilitate his reputation after the dramatic collapse of his previous e-commerce venture Powa, which collapsed in 2016.

Meanwhile, Lotte is battling to regain trust in its home market after its chairman Shin Dong-bin was embroiled in a bribery scandal.

Shin was sentenced to two-and-a-half years in prison in 2018 for bribing a friend of the South Korean president in a bid to win a government licence, but has since been released pending good behaviour.