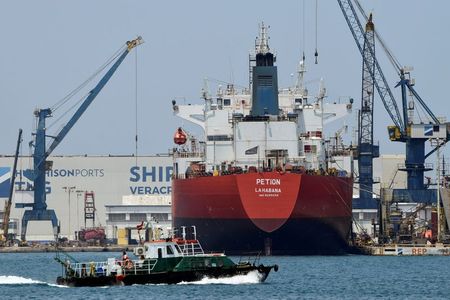 Backlash ensued after the Ministry of Defence (MoD) announced its latest decision to consider foreign firms in the race to build Royal Navy supply vessels.

Yesterday marked a vital stage in the battle to secure a £1.5bn deal to deliver the ships the Royal Fleet Auxiliary need to support the Royal Navy.

The MoD awarded four “competitive procurement phase” (CPP) design contracts. According to the MoD, the contracts “will enable bidders to develop their design proposals and the next stage will seek details of how they would fulfil the wider delivery needs of the programme”.

The £5m contracts have were awarded to four consortia:

While Team UK cleared the first hurdle, the inclusion of foreign firms in the list has sparked accusations of the MoD abandoning British shipyards.

Trade union officials claim the government is wasting opportunity to reinvigorate the British shipbuilding industry, which has been tumultuous in recent years. Experts had hoped work on the ships would go to British yards, ending the boom and bust cycle.

“Given that the Defence Secretary has categorised FSS as a warship it is unclear why overseas involvement continues to be encouraged in this programme. It is vital that the Government gets a grip and builds these ships in Britain.”, Ian Waddell, general secretary of the Confederation of Shipbuilding and Engineering Unions, told the Telegraph.

At a CPP kick-off event, Defence Secretary and Shipbuilding Tsar Ben Wallace said: “I am proud to see UK companies stepping up to the challenge of the Fleet Solid Support competition as we begin the next chapter of this British shipbuilding success story.”

The fifth and final manufacture contract is due to be awarded to a UK company acting either solely or as part of a consortium.