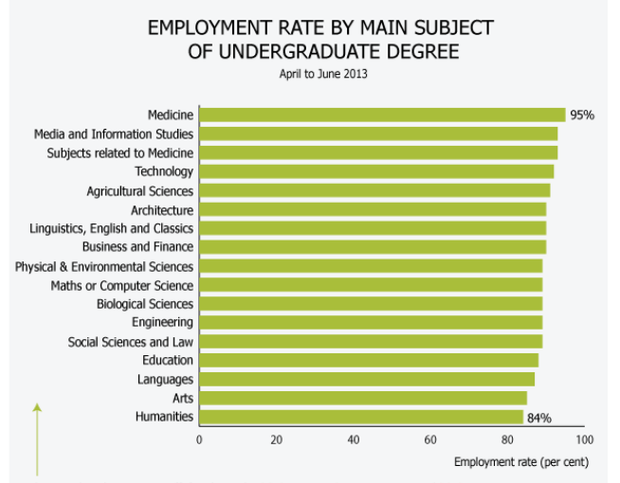 And male graduates were more likely to have a high skilled job than female graduates. Focusing on all employed graduates in 2013, men earned on average £3 more an hour than women.