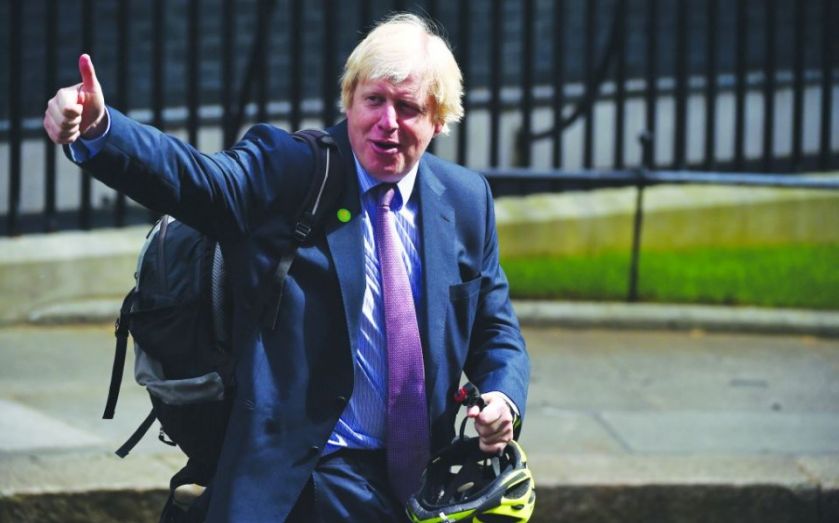 Mayor of London Boris Johnson is likely to spend more time at Downing Street and less time in City Hall in the coming months, thanks to Prime Minister David Cameron’s latest cabinet reshuffle.
The mayor, who was elected as the Conservative MP for Uxbridge and South Ruislip in last Thursday’s General Election, will attend meetings at No.10 twice a month as part of Cameron’s political cabinet. The mayor will not oversee a government department in his new role, though it is widely speculated that he will be offered a more senior position later this year.
Johnson arrived at No.10 yesterday morning on a bicycle, carrying his helmet as he knocked on the Prime Minister’s front door.
After their meeting, Cameron tweeted: “Boris Johnson will be attending my political cabinet. As promised, he will devote his attention to his final year as mayor of London.”
https://twitter.com/David_Cameron/status/597687210725515264
The mayor’s official spokesperson reiterated Johnson’s commitment to the capital: “He won’t be attending full cabinet and won’t be running any department.”
“The mayor has always been clear – he has to fulfil his mandate running London first, and that’s exactly what he will be doing until his term ends in May 2016,” the spokesperson said.