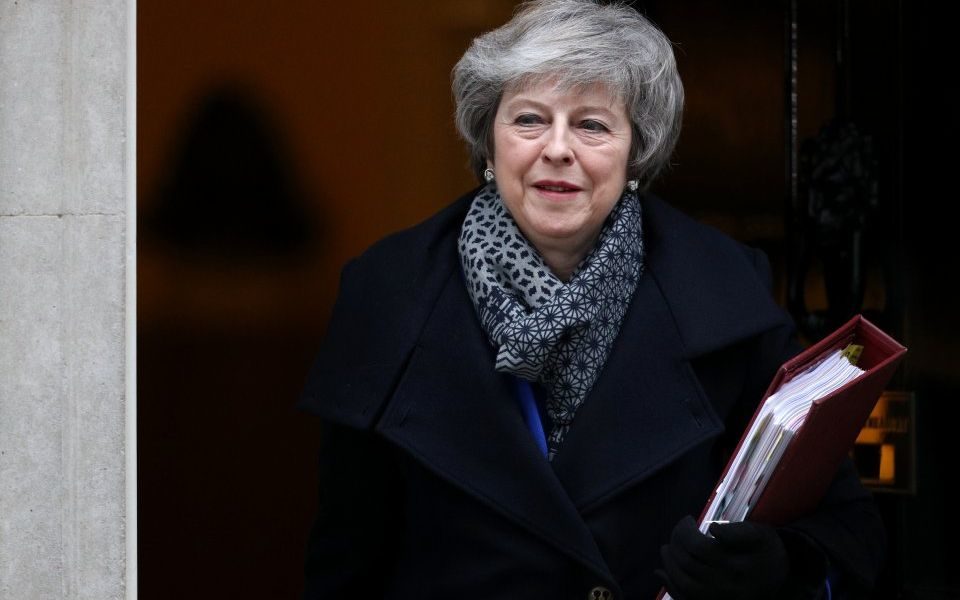 Theresa May last night tried to reassure bosses at some of Britain’s biggest firms, including Rolls-Royce, BT and GlaxoSmithKline, about her latest change in direction on Brexit negotiations.

The PM hosted a call with the co-chairs of her business councils last night, shortly after announcing she would look for another extension to Article 50 so as to work with opposition Labour leader Jeremy Corbyn.

Read more: Emmanuel Macron: EU will not be held hostage by Brexit crisis

A Downing Street spokesperson this afternoon confirmed the call took place. They told City A.M. it was "part of the PM's regular engagement with business" on the Brexit negotiations.

The Prime Minister’s business councils were established in November, and focus on industries including retail, infrastructure and manufacturing, and financial services. They were set up to “advise us on the opportunities and challenges facing business as we shape the UK for the future,” May said in November.

One person on the call said it was important to show “respect” for May because of the pressure she was under, according to Sky News, which first reported the story.

Business secretary Greg Clark reportedly encouraged individual firms to publicly throw their weight behind her latest change of plan on the call. But the source told Sky this was remote because of the unpredictability of the government’s strategy.

Speaking after a marathon seven-hour Cabinet meeting last night, May said if she was unable to reach an agreement with Corbyn then a range of options will be put to MPs to vote on – with the government acting on which ever plan won the backing of Parliament.

At 6.15pm last night, May gave a televised statement in which she set out her plan for “national unity” to stop the UK leaving the EU without a deal on April 12.

She said the UK would ask the EU for an extension to the Article 50 process that “ends when we pass a deal” – something she wants to happen before 22 May to avoid taking part in the European Parliament elections.

May said: “Passions are running high on all sides of the argument, but we can and must find the compromises that will deliver what the British people voted for.

“This is a decisive moment in the story of these islands and it requires national unity to deliver the national interest.”