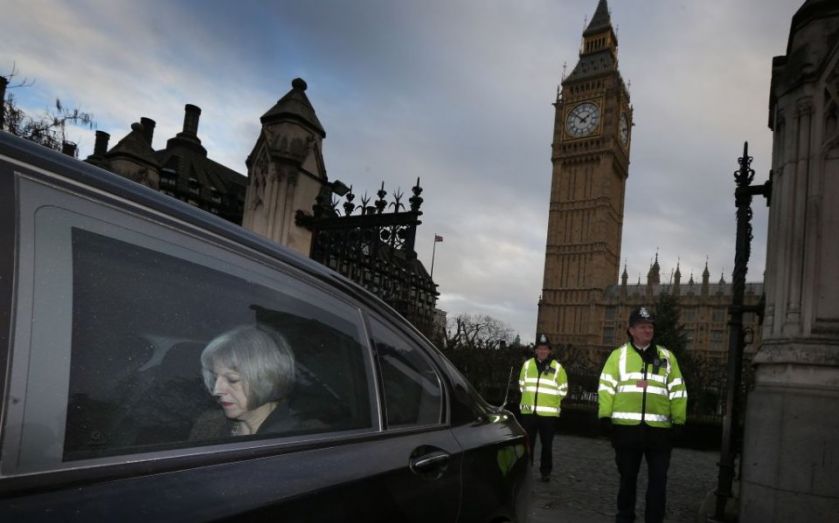 Business groups and politicians expressed dismay yesterday at plans by home secretary Theresa May to force foreign students to leave the UK before re-applying for work visas.

May wants the Conservatives to include the measure in their party manifesto ahead of the general  election next year.
Current coalition partners the Liberal Democrats sought to distance themselves from the idea yesterday, while Conservative Mark Field, the City’s MP, also hit out at the plan.
“It’s a silly idea. Why train up these bright foreign young people to be engineers, scientists, computer  programmers and the like to then turf them out of the country when they are ready to work and make a significant contribution to our country?” a senior Lib Dem source said. “It makes no economic sense [and] it’s not going to happen under this government.”
Meanwhile Field told City A.M. that London-based universities and firms would be harmed by such a move: “We get some fantastic students… the type of people any country should be looking to encourage. Anything that makes them feel unwelcome can’t enhance [London’s reputation].”
Field, who also chairs the campaign group Conservatives for Managed Migration, added that foreign  students should be excluded from government immigration targets – a proposal that has wide cross-party support yet is opposed by May.
Business bosses also urged the Tory party to tread carefully. “We certainly wouldn’t support this measure,” a spokesperson for the Institute of Directors said. “It doesn’t make any sense to  chuck them out once they’ve acquired these skills. It’s a nonsensical approach.”
High-growth City industries such as the technology sector have called on the government to move in the  opposite direction and facilitate the recruitment of top global talent.
“I’d hope that calmer heads prevail. I’d imagine people in the Treasury and Number 10 have a more nuanced view on immigration,” said Guy Levin, head of the Coalition for a Digital Economy, which lobbies on behalf of digital startups.
“How is this a good idea?” Levin had tweeted earlier in the day. “We need more skilled grads to stay, not fewer.”
A Conservative MP told City A.M. that the party should not be trying to “out-Ukip Ukip”. However, Ukip MP Douglas Carswell – who defected from the Tories in August – said May’s plan bore no similarity to his new party’s policies.
“Ukip wants control of our borders so we can have a sensible immigration policy, but this policy is the opposite of sensible – it is so daft you would expect it on April Fool’s Day,” Carswell said. “She has come out with a harebrained scheme primarily driven by the desire to position herself as the next as the next leader once [David] Cameron’s driven them off a cliff. It’s a ridiculous proposal.”