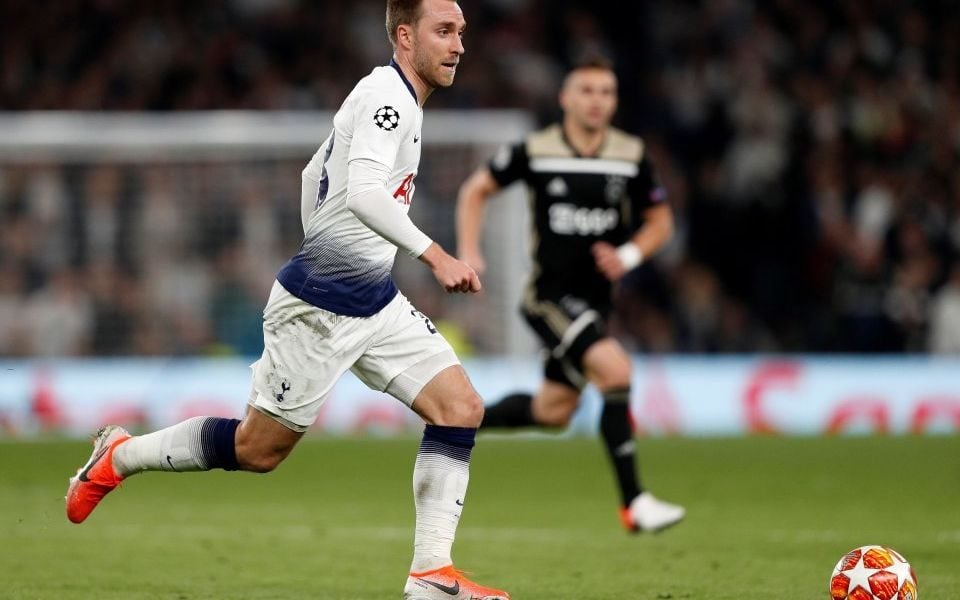 Tottenham could be forgiven for looking past this weekend's trip to Bournemouth to the all more attractive proposition of facing Ajax in Amsterdam next week for a place in the Champions League final.

The reality is, however, that Saturday's early kick-off presents Spurs with the chance to seal their position in the top four and a place in Europe's elite competition next season.

Having produced some tired displays over the past two weeks, losing 1-0 on three separate occasions as well as beating Brighton 1-0 with a late winner, Mauricio Pochettino must manage a balancing act as Tottenham continue to battle on both fronts.

Spurs have been devoid of creativity going forward in recent games and Pochettino could be tempted to rest the likes of Dele Alli and Christian Eriksen for the Bournemouth match as they vie to come from behind against Ajax and reach a maiden Champions League final.

Eriksen has been integral to Tottenham's success this season but has played 47 matches, more than anyone else in the Spurs squad, including goalkeeper Hugo Lloris and centre-back Toby Alderweireld who have been mainstays of the side.

Son Heung-min will likely feature after missing the first-leg with the Dutch side through suspension, but Moussa Sissoko's recent return from injury and influence on Tuesday night's match could make him an unwarranted risk and another tempting player to rest.

There are the likes of Eric Dier and Oliver Skipp who can come in, but the absence of Harry Kane, Harry Winks and Erik Lamela has highlighted the Tottenham squad's lack of quality in depth after opting not to sign any players in the last two transfer windows.

Jan Vertonghen is also likely to miss out as Spurs await the results from his appointment with a neurologist today following the head injury he sustained on Tuesday that left him unable to walk.

Vertonghen came back onto the pitch for seconds before an onset of symptoms left him hurling and unable to walk (Source: Getty)

Pochettino was unable to confirm when the Dutchman would be back, but maintained his stance that his medical team had done everything right at the time, although he was open to improving protocols for head injuries.

Rotating players during a busy schedule is something that all top teams competing on multiple fronts have become accustomed to, but doing so against Bournemouth with a lack of quality attacking players available could be a risk too far.

A win against the Cherries would guarantee Tottenham's participation in the Champions League next season, but anything less and they open the door to be overtaken by Chelsea and allowing the top four battle to go down to the final day of the season when they will face Everton.

“The problem now is it's a decisive period for us,” Pochettino said. “Finishing in the top four is our priority too. Maybe we're in circumstances that aren't the best but now it's a moment to be all together.

“To win and be in the top four at the end of the season is the most important thing for us,” he added. “It's not about the names. When you ask me why I rotate, play one or another. With one or another player we can win or lose. It's about the spirit of the team. On Saturday we'll put the best players with the best energy to try to win.”

Son Heung-min is back in contention after his serving a Champions League ban in midweek (Source: Getty)

There is of course no guarantee of beating Bournemouth, whatever starting XI Spurs select, with Eddie Howe's men having been particularly strong at home this season, even blowing Chelsea away 4-0 in January.

Sitting on 42 points, their Premier League safety is secured and in theory they have little to play for, but West Ham showed Spurs last weekend just how dangerous a side playing without fear of defeat can be.

While the allure of reaching the Champions League final and the opportunity to win it will be tempting, Tottenham cannot afford to miss out on participating in the competition next season as they continue to pay for their £1bn stadium.

Read more: Tottenham and Ajax are a reminder that there is more to football than money

Their revenue for last season was up £70m, partly thanks to reaching the Champions League quarter-finals, and they can expect a further improvement on their income from the Uefa competition this season having reached the semi-finals, at the least.

To drop down to the Europa League would see a dramatic revenue cut, just as Arsenal have experienced, and mean they start a season in their new stadium for the first time on the back foot.

Reaching the Champions League final would be the greatest moment in Tottenham's history, but failing to qualify for next season's competition would be a mistake they cannot afford to make.