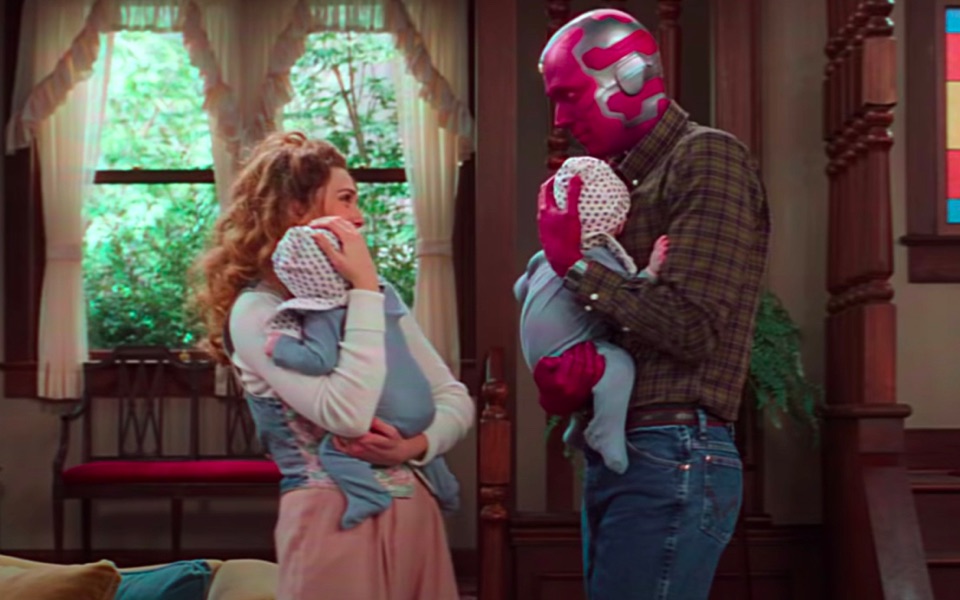 While it wasn’t the original plan, we are finally getting more of the Marvel Cinematic Universe. Of course, cinemas are largely unavailable at the moment, so the first Marvel Cinematic Universe story will be on the small screen in the form of WandaVision, a spin-off for Avenger Wanda Maximoff/Scarlet Witch (Elizabeth Olsen) and computer-based hero Vision (Paul Bettany).

Read more: We got an expert to pick three books pefect for City A.M. readers

Just in case you need a bit of catch up in the nearly three years since Infinity War, Vision was of course killed by Thanos (Josh Brolin) and was not restored in Endgame due to dying before Thanos using The Infinity Gauntlet. Wanda, who had formed a relationship with Vision and was living with him when Thanos began his attack on Earth, was left bereft by the loss as Earth was restored.

So, how did we get to WandaVision? Well, not an awful lot has been officially revealed beyond clue-riddled trailers, and reports that it will be the beginning of a multiverse storyline that involves the next Spider-man movie and Doctor Strange in The Multiverse of Madness. Recent castings suggest this will open us up to characters old and new entering the fray, reviving the universe after the climactic events of Endgame.

However, first things first. Disney+ is riding high from its success with The Mandalorian, and while its first Marvel series will follow the same episode-a-week, half hour structure, we’ve been treated to the first two episodes at once.

Opening in black and white with a retro 4:3 aspect ratio, Wanda and Vision find themselves in a 50s domestic dream. Wanda is a contented housewife having just moved in to their white picket fenced home, Vision has started a new job, and both present themselves as an ordinary couple, concealing their powers (and Vision’s android face) from the neighbours.

The thing is, they don’t quite know how they got here. Vision is great at his job, even if he doesn’t know what he does exactly. Neither can remember getting married, what ‘their song’ is, or why there’s a special mark on the calendar. They just know they are home, together, and happy.

The intrigue behind this first episode is not what’s happening, but rather what isn’t. Leaning heavily on influences from legendary 60s show Bewitched, this opener is a relatively standard sitcom episode. Turns out the heart in the calendar is a reminder that Vision’s boss, Mr Hart (Fred Melamed) and his wife (Debra Jo Rupp) are coming for dinner. Cue all kinds of distraction and misunderstanding as the pair put a last-minute meal together. If you have no knowledge of the films, it’s light and a bit surreal. But honestly, how many Marvel newbies will begin here?

Read more: The best of travel: Why Okinawa is Japan’s Alex Garland destination

There’s some excellent comedy shenanigans from Bettany and Olsen, who really work well in the vintage format and have terrific chemistry on screen. However, the dinner makes it to the table, but that doesn’t satisfy Mr Hart, who begins to demand answers as to why they are so vague about their background before being choked by his dinner and subsequently saved by Vision.

It’s little hints like this that begin to suggest this is perhaps a world of Wanda’s creation, that she has retreated to through her grief. Eagle eyed viewers have already spotted the name of the wine, Maison du Mépris (House of Misery), a reference to The House of M, the comic on which this show draws inspiration. We also have a creepy vintage commercial, for a toaster that references Stark Industries.

Perhaps the only concrete information we get about what’s happening is in the final shot – Wanda and Vision smiling at each other on a sofa… viewed through a TV in what looks like a secret government office. Just what is going on here?

The second part of this week’s offering doubles down on the Bewitched references, with an opening animated sequence very reminiscent of the show (which of course is about a housewife with magical powers). We find Vision and Wanda preparing for a neighbourhood talent show, practicing a magic trick without using their powers (“in a real magic act, everything is fake” Wanda reasons, revealing a little more than she intended).

Vision leaves to meet the neighbourhood watch, while Wanda tries to get in with the ruthless neighbourhood bigwig Dottie Jones (Emma Caulfield Ford) who is behind the show raising money “for the children”. While Bettany gets into a misadventure swallowing some chewing gum, Wanda’s interaction with Dottie gives us some further clues as to what’s really happening. Dottie confronts Wanda, asking who she really is, before a garbled message begins playing on the radio. Suddenly, a glass is broken, with both Dottie and the radio going back to normal. Almost as if Wanda is blocking something out.

There’s a comedy finale, with Vision appearing drunk thanks to some chewing gum blocking his inner workings. He begins using his real powers to perform tricks, with Wanda inserting fake reveals (wires and cardboard pianos) to assure the bemused audience. Dottie is impressed, and the couple are a hit.

Back home and contented, Wanda asks “is this real?” before they are disturbed by a noise outside. Investigating, they see a shadowy man in a beekeeper costume, before Wanda says “no” and rewinds the action to the point where she asks again “is this real?” This time, Vision assures her it is, and the couple are happy. If it wasn’t already certain that Wanda is controlling this reality, Episode 2 ends with a clearer version of the message on the radio – it’s a voice saying “Wanda, who’s doing this to you Wanda?”

It’s a slow burn for what is the beginning of Marvel’s Phase Four, giving us slow drips of information and letting us know that nothing is quite what it seems. It’s clear that there’s more to current recurring characters than meets the eye. Katherine Hahn is oddly persistent as their nosey neighbour Agnes, while Tayonah Parris plays a character who seems just as confused as Wanda. There’s also another mid-episode commercial for a gentleman’s watch made by Strucker. A closer look at the watch face will reveal the logo looks an awful lot like the symbol for Hydra, while Strucker itself is a reference to Baron Strucker, the Hydra operative who experimented on Wanda and her brother before the events of Age of Ultron. Could these this be hints at what’s to come, or past trauma bleeding into Wanda’s fantasy?

It’s becoming clear that to appreciate WandaVision, a solid understanding of Marvel’s cinematic universe is required. Rather than taking over from the films, this show and other will perhaps become side quests in between the big movies to sate the appetite of the fan base while keeping the more user friendly stories for the big screen. It’s amusing, it’s peculiar, and we can’t wait to see what comes next.

New episodes of WandaVision are available to stream every Friday on Disney Plus, available via subscription.