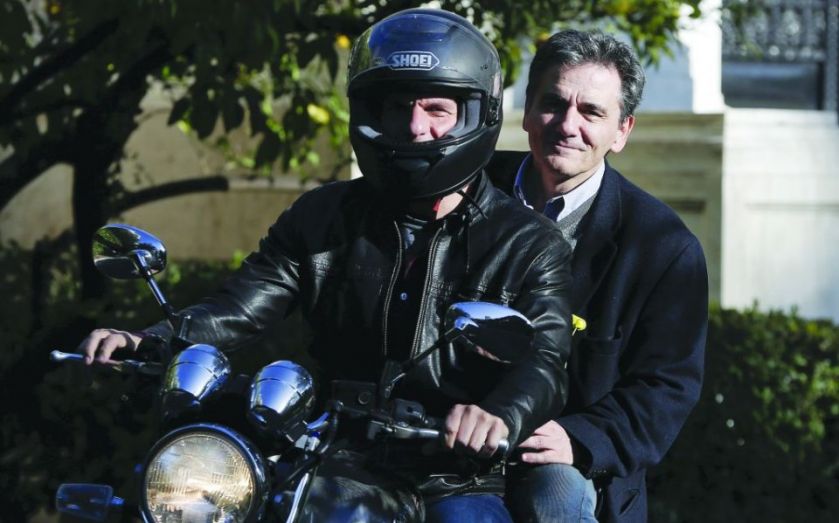 Investors lifted markets across Europe yesterday as the Greek government decided to bulk up its bailout negotiation team and lessen the influence of maverick finance minister Yanis Varoufakis.The government will create a new political team headed by Oxford-educated alternate foreign minister Euclid Tsakalotos.Manchester University professor George Chouliarakis will also take a more central role in negotiations.The move follows an apparent breakdown in relations between Varoufakis and some of the Eurozone’s other finance ministers in Riga, Latvia last Friday.Greece and its lenders are trying to broker a deal that will release an extra €7.2bn (£5.1bn) of cash. Greek PM Alexis Tsipras last night said he may have to resort to a referendum if the country cannot reach a deal with its lenders, but ruled out the possibility of snap elections.Markets responded positively to the changes made yesterday, with stocks in Athens rising over four per cent. Greece’s three-year bond yield – which moves inversely to the price – dropped to 22.32 per cent from 26.31 per cent. Stocks throughout the continent also climbed, with the German Dax rising 1.93 per cent and the French Cac40 gaining 1.3 per cent.“[Forming a new negotiation team] shows determination to get an agreement fast, which Greece desperately needs,” said Vicky Pryce, chief economic adviser at the Centre for Economics and Business Research.Pryce believes Greece should secure a deal as soon as possible, even if this involves making some concessions. But Varoufakis has taken a more hardline approach, insisting that lenders must understand and accept the Greek government’s long-term visionWithout the latest slice of its bailout loan, Greece has had to scrape the bottom of the barrel for funds, and has requested that all municipalities of Greece loan money to the central government’s coffers.Varoufakis is seemingly very conscious of his unpopularity, tweeting a quotation from Franklin Roosevelt: “They are unanimous in their hatred of me and I welcome their hatred.”