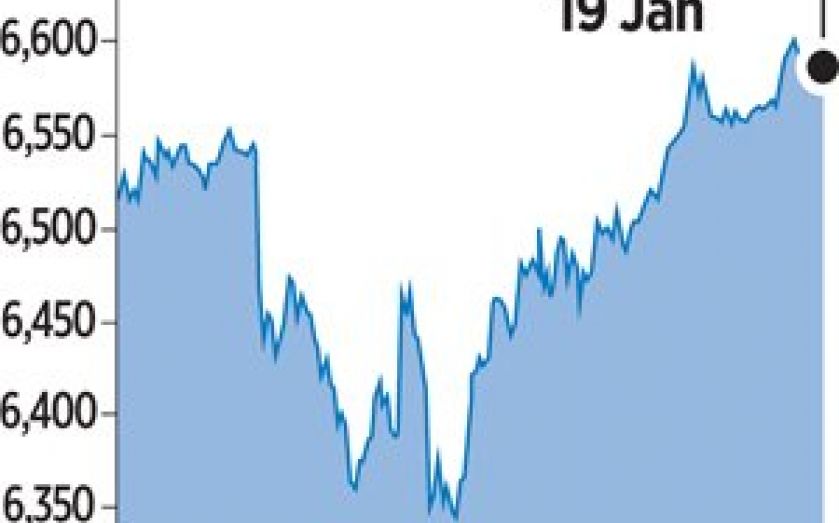 BRITAIN’S main share index rose yesterday, extending a strong run, with retailers such as Tesco among the biggest gainers from a more upbeat view of the sector after a better-than-expected Christmas period.

Electronics retailer Dixons Carphone rose 4.4 per cent, the top riser on the FTSE 100 index, with traders citing optimism ahead of the company’s first ever Christmas trading update following the merger of Dixons and Carphone Warehouse last year.

Shares in Tesco rose 1.1 per cent after Morgan Stanley raised its stance on the shares to “overweight” from “equal weight” and added them to its “best ideas” list.

Analysts at Morgan Stanley said the market was underestimating how far margins could improve, following a Christmas period in which sales declined less than expected.

“Expectations have been so low that the sector was oversold heading into the Christmas period, anticipating dreadful numbers. While the figures weren’t hugely impressive, they did suggest the decline in the sector is coming to an end,” IG market analyst David Madden, said.

The index extended gains in the early afternoon, with traders citing comments from the head of the International Monetary Fund that the European Central Bank should share risk if it embarks on bond buying, as the market expects it will on Thursday.

Volumes were light, with the FTSE 100 trading less than three quarters of its 90-day average volume, as US markets were shut for a holiday.

The index underperformed a 0.7 per cent rise for Germany’s DAX and a 1.2 per cent gain on Italy’s FTSE MIB, with the UK market hindered by its large exposure to commodity-related shares.

Mining shares fell ahead of data from China, which is expected to report today that its economic growth slowed to 7.2 per cent in the fourth quarter, the weakest since the global financial crisis. China stocks yesterday suffered their biggest one-day percentage drop since the crisis, hit by record falls for banks. The UK mining index fell 1.2 per cent, with Glencore, BHP Billiton and Rio Tinto down 1.9-1.1 per cent. The sector has fallen nearly 20 per cent in two months.