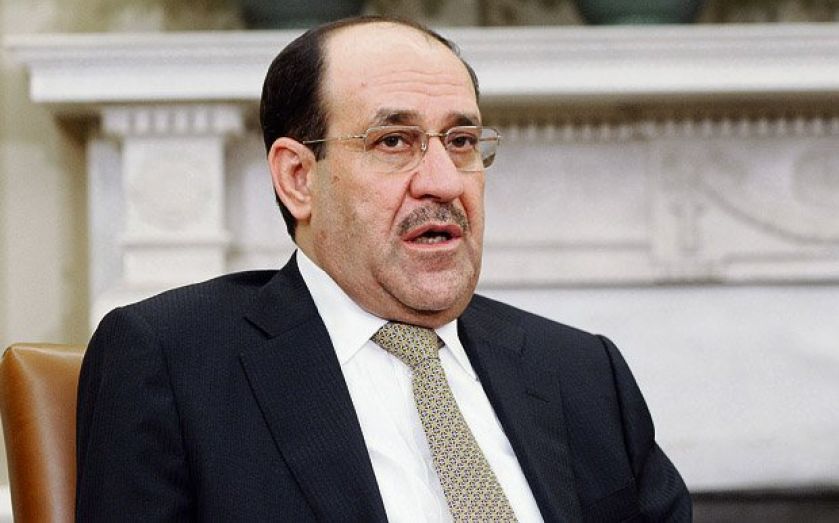 As is often the case, Nouri al-Maliki’s Iraqi government found itself abandoned by even its oldest friends in the end. As the internal revolt within his Dawa Party to replace him as Prime Minister gathered pace, Maliki found his old buttresses of support had quietly buckled.

The Americans had finally given up on him in June, following the failure of the Iraqi army to stand up to the Islamic State (IS).

The total defeat left the new terrorist state in charge of much of the Sunni heartland, exposing the Maliki regime’s incompetence for all to see. Since the IS took Mosul, Iraq’s second city, the White House has discretely pushed Haidar al-Abadi as a possible replacement, capable of rallying disaffected Sunnis and Kurds back to the common core of Iraqi statehood.

Whether or not all the king’s horses and all the king’s men can put the Iraqi Humpty Dumpty together again, one thing is sure: following eight years of the Maliki government’s Shia chauvinism, he was not the man for the job.

Perhaps more surprisingly, Grand Ayatollah al-Sistani, the senior Shia cleric in Iraq and possibly the most respected person in the country, had also had it with the Prime Minister.

In July, he wrote Maliki a public letter, imploring him not to seek a third term. A convinced Iraqi nationalist, Sistani’s action was a very broad hint to wavering Shia that the Prime Minister had become a liability in the desperate attempts to keep the Iraqi ship afloat.

Senior members of Maliki’s own Shia-dominated National Alliance bloc took note. Unleashing a political thunderbolt, it turned to al-Abadi as its candidate for the premiership. Sensing that another ruinous Maliki term would spell the end of Iraq itself (and quite possibly their political careers), the National Alliance bloc opted for a candidate far more likely to be able to form a broad-based, inclusive government, with real representation for both Sunnis and Kurds.

Without such a new cabinet, the US has plainly stated it was not prepared to expend much effort to keep a highly-sectarian Iraq together, despite itself.

Seemingly intent on isolating and ignoring the other two major ethno-religious blocs in the country (Sunnis and Kurds), Maliki had largely succeeded in creating a monolithic Shia-dominated state, which did not fit the reality of a highly heterogeneous Iraq.

Making second-class citizens of two of the three major blocs in the country was more than just bigoted; it was politically ruinous.

The wholly unexpected IS advance in June simply illustrated that a Shia-dominated Iraqi army was not prepared to fight and die for Sunni-dominated portions of the country. This was the entirely predictable outcome of Maliki’s folly.

Tellingly, Iran – the kingmaker of Iraqi Shia politics – has not rushed to its protegee’s defence.

Deeply concerned by the lightning rise of the Sunni-dominated IS, Iran (oddly sharing interests here with the US) is looking for an Iraqi Shia leader capable of patching the whole sorry country together again, or at least stopping the terrifying IS surge. And with reports yesterday indicating that Iran is backing al-Abadi, it seems Tehran does not see Maliki as that man.

Having lost the US, the Grand Ayatollah, a major wing of his own Dawa Party and Iran as reliable allies,  Maliki’s inglorious reign is surely drawing to a close.

But typically and disastrously, he does not seem willing to go gently into that good night; reports have it that security and army troops loyal to him are on the streets of Baghdad, attempting to intimidate the formation of the new government.

And while he seems to have rhetorically backed away from risking an outright military coup (which would surely spell doom for Iraq), Maliki is still threatening legal action to remain in power.

The only hope for the country is that he shows more grace than he has as premier, and steps aside so an inclusive salvation government can be formed. Either way, authority has rightfully forgotten this dying king.