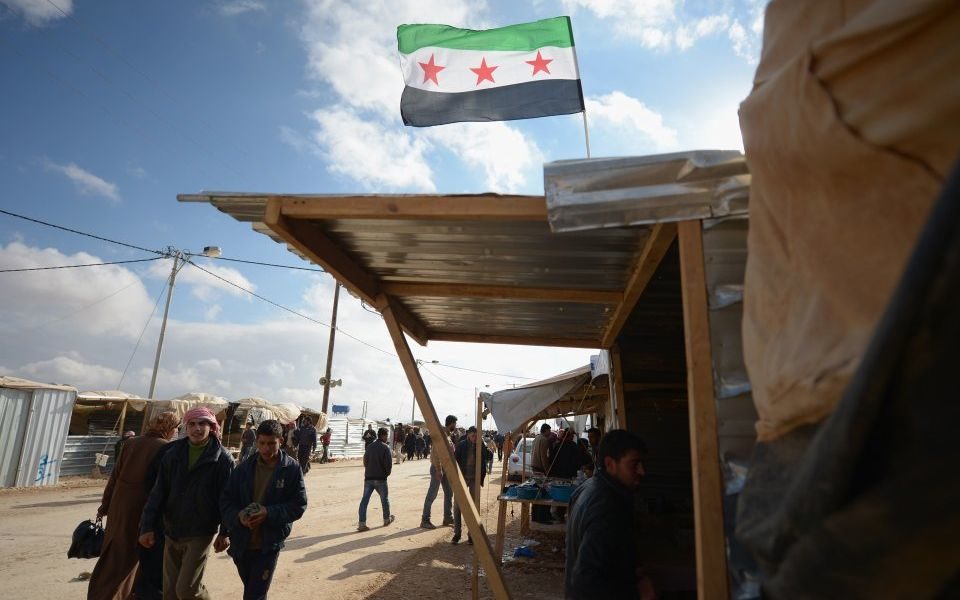 Amid scenes of refugees’ flight from Venezuela, it is easy to forget that the world’s largest refugee crisis remains Syria.

And that’s why the UK-Jordan Conference in London tomorrow is so important.

Jordan has generously provided refuge for more than 670,000 Syrian refugees fleeing their homes amid a brutal war. Its role in the stability of the Middle East is pivotal.

Syria itself remains divided, with five million citizens living in areas outside government control. Refugees fear that they are not wanted at home, so the pressure on Jordan – and the need to relieve it – remains. King Abdullah II has repeatedly warned that his country is at breaking point.

In spite of the challenges (or perhaps because of them), Jordan has become a regional hub for innovation in supporting refugees, emphasising economic independence and self-reliance over aid dependency.

Before they became refugees, many Syrians worked in skilled or professional jobs. They were doctors, engineers, accountants, and academics in their home country. But now, they struggle to find legal work in sectors where they have skills to contribute.

Research by the economist Philippe Legrain shows that one euro invested in welcoming refugees can yield nearly two euros in economic benefits within five years. If they get the conditions right, countries like Jordan will be rewarded by the wealth of refugees’ economic contributions, matched by strengthened stability in the region.

First, refugee-hosting governments need to continue knocking down barriers to the labour market so that refugees can safely and sustainably earn a living. Take the example of Jordan. The number of working-age Syrian refugees there is over 300,000, but the number of work permits issued is less than half of this.

Registering a business is prohibitively expensive. In many sectors, refugees must get short-term work permits tied to a single employer, and certain sectors are out of bounds, which means their skills go to waste.

Simple changes can make a big difference, such as giving refugees access to savings accounts or enabling them to start home-based businesses, as they can now do in Jordan.

Other governments across the world must come out and back refugee-hosting states proudly and publicly. I am pleased to see that the UK government is tomorrow providing a platform for the global community to share in an economic vision that includes refugees.

lateral donors must provide the right mix of funding commitments to support economic growth and ambitious policy reform in the country. The 2016 EU funding agreement with Jordan was a good start, but the job isn’t done.

Until conditions in Syria allow refugees to return safely, donors like the UK must keep up their commitments to this neighbouring host state.

In two weeks, the EU and the UN will co-chair a conference on supporting the future of Syria and its neighbours. The UK will have the chance to lead the international community and commit to continued funding for Jordan.

Finally, businesses across the world must step up. Airbnb launched an initiative for people to open their homes to refugees in the US, Canada and Europe. The Citi Foundation and the International Rescue Committee are training young entrepreneurs in Jordan, Nigeria and Greece.

We need more thinking like this from UK businesses, to give refugees another chance both in Jordan and beyond. These smart investments are not only a step to help ease a global crisis, but should mean a net boost for the UK economy, too.

This conference is about opportunity, responsibility, and stability. If participants commit to including refugees in labour markets, integrating them into core business activities, and maximising their work opportunities, it could be a real win – for UK business, for the British and Jordanian governments, and for refugees themselves.