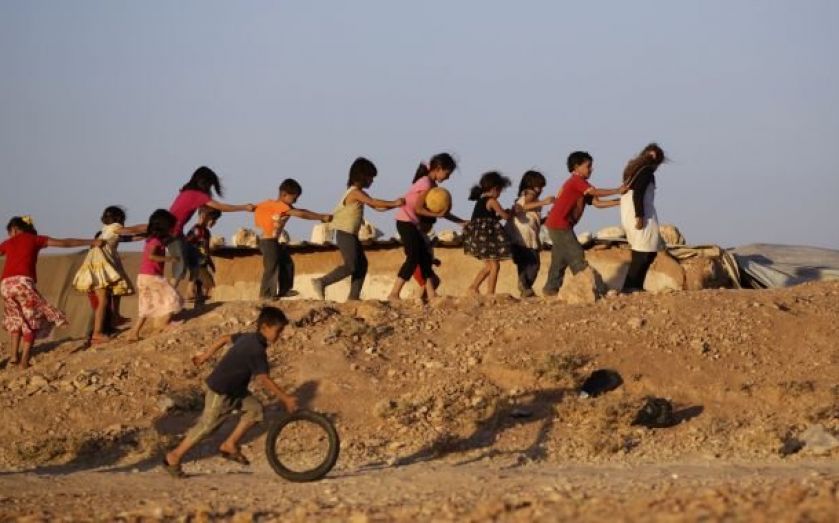 The UN refugee agency United Nations High Commissioner for Refugees (UNHCR) has asked European nations to accept more Syrian refugees, saying that they have welcomed a “minuscule” number of them so far, while the countries neighbouring Syria have reached "saturation point".
The number of refugees who have fled Syria is set to exceed 3m within the next few weeks, and the majority of them have gone to either Lebanon, Jordan or Turkey. Some have also relocated to Iraq and Egypt.
Melissa Fleming, chief spokeswoman for UNHCR, said at a news briefing in Geneva that this must change: "The trend is obvious now, they're moving beyond the neighbouring countries. The neighbouring countries have reached saturation point. And many Syrians are now seeking refuge in Europe and we're asking Europe to do more.
"Relative to the 2.9m refugees in the countries immediately surrounding Syria, these numbers are small, in fact they're minuscule. They represent only four per cent of Syrian refugees. Just to put this into perspective, Europe has a population of 670m people. Contrast that to Lebanon, which has a population of 4.4m people and has received 1.1m refugees."
While the EU has been a leading donor in terms of the humanitarian effort in the country, the UN claims that some countries have not been active enough in accepting refugees: since the start of the civil war three years ago, the number of Syrians who relocated to Europe has been minimal.
They also say that the conditions some refugees have been subjected to by European nations are “terrible”: some have been detained, and Bulgaria, Spain and Greece have tried to reject them from their shores as they arrive in unsafe boats.
"There was one case in which survivors claim their boat was being turned around by an official boat and in the process of being turned around it capsized and many of the passengers died. This is unacceptable," Fleming said, referring to an incident that occurred near the Greek coast of Farmakonisi on January 20 this year, in which 12 women and children from Syria and Afghanistan died.
According to a report by the charity, Russia broke a principle of international law when it sent refugees back to Syria. The principle states that no would-be refugees should be sent back to a place where their life or liberty would be at risk.
Fleming said that European countries should admit "everyone who wants to come", which she said was a minority of the overall refugee population, since many wanted to remain closer to home in an Arabic-speaking community.
"We’re asking for other forms of protection which include family reunification, extending student visas, offering scholarships, all kind of different mechanisms that could allow for the admission of more Syrians."