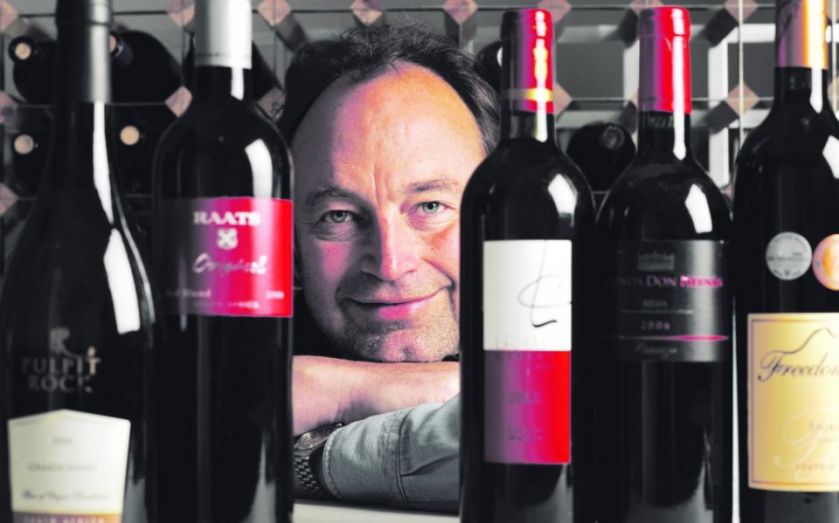 The new chief executive of Majestic Wine says he will “unleash” the retailer’s entrepreneurial spirit and shake-up its online business following the £70m acquisition of younger rival Naked Wines. Rowan Gormley founded Naked Wines in 2008 after coming up with the idea of using crowdfunding to help forward-fund independent vineyards in return for exclusive wines at wholesale prices. It now has 300,000 customers funding over 130 winemakers and generated £74m sales last year, up 40 per cent from the previous year. “This is the first company I am running that I haven’t started myself,” Gormley told City A.M. after selling his brainchild on Friday to Majestic and becoming chief executive of the enlarged FTSE 250-listed group. “Walking into a room full of people I am meeting for the first time and joining a company that has its own culture and where I am the new kid – that’s the challenge for me,” he joked. The South African-born entrepreneur began his career far away from the wine world, qualifying as an accountant at Arthur Andersen. He spent seven years in private equity before going to work for Richard Branson where he helped launch Virgin Money, and later Virgin Wines. Gormley said the deal was like putting together the “missing pieces in a puzzle”. The sale will provide Naked Wines with a network of 200 stores through which it can offer customers click and collect as well as crucial capital to expand its market share. In turn the deal will help boost Majestic’s online presence and give it access to new international markets where Naked operates, such as the US and Australia. “Majestic is very strong in bricks and mortar. It is customer facing and the staff’s wine knowledge is just fantastic. But their online and mobile presence is not. And we are an online and mobile company and we are international. “If you put the two things together you suddenly have a company that has got all the pieces, our chances of building a genuine world beast are that much better,” Gormley said. Majestic began to search for a new chief executive at the end of last year when Steve Lewis stepped down following a poor Christmas performance. The group has struggled with stiff competition from major supermarkets and discounters such as Aldi and Lidl and has also been slow to grow its online business. Gormley said he wants to shake-up Majestic’s “top down approach” where decisions “get made in a board room in London” and engage more with staff in stores. Gormley, said he will also be reviewing its store opening programme while working on how to drive more footfall into its shops. Next on his to do list will be giving Majestic’s online business a makeover. “We need to strengthen the customer experience, especially on mobile, to make it more personalised and engaging which in turn leads to greater loyalty and in turn leads to share rewards,” he said.