Lucian Freud: The Self-portraits at the Royal Academy review: There's genius at play, but it's shrouded in darkness 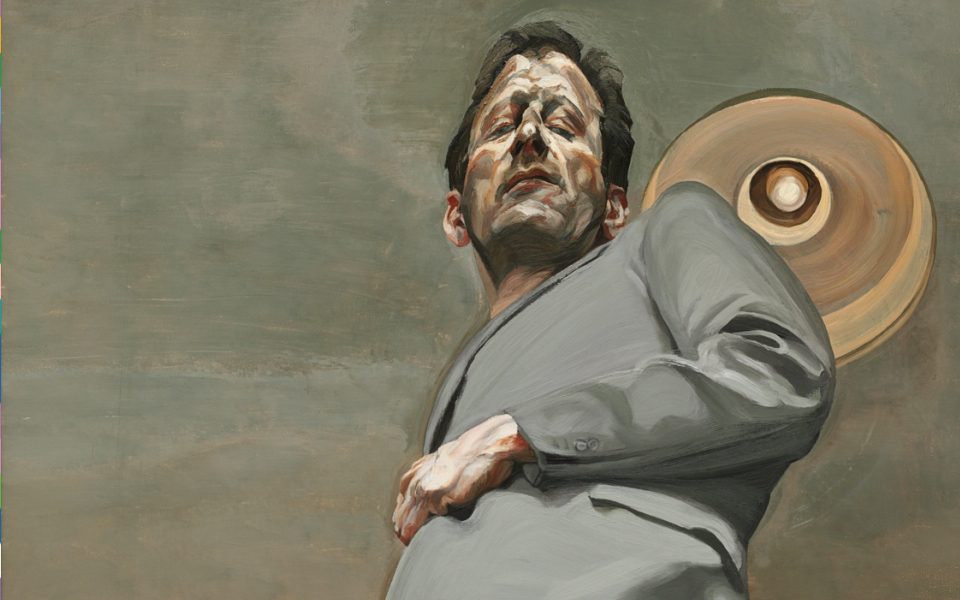 Wandering through the life of Lucian Freud, from awkward teen to darkly handsome young man to disheveled old artist, I was reminded of Nietzsche’s famous line, “If you gaze long into an abyss, the abyss will gaze back into you.” The longer you spend in the presence of Freud’s self portraits, taking in their raw, vivid detail, the more uncomfortable it gets.

Freud is a master, there’s no doubt about that. Few artists nail what it means to be human like Freud, his oil-laden strokes capturing the mottled, veinous nature of human skin, full of folds and sags and imperfections. But there’s something oppressive about his constant presence. It’s especially apparent in the portraits he lurks around the edges of: a pair of feet in a corner, a reflection in a window, a pair of eyes on an unfinished canvas propped in the background.

His models would pose over interminable sessions that could drag on for weeks, their bodies awkwardly contorted. One young woman who he picked up in a restaurant, immortalised in Flora with Blue Toe Nails, looks like she regrets getting her kit off in the first place, her face flushed, her eyes gazing dully into the middle distance. Freud’s shadow looms across the sheets like a still from a horror movie just before the young ingenue meets her demise.

The more direct self-portraits are just as chilling: a close-up of his purple, swollen eye Freud got after a scrap with a taxi driver; his first nude self portrait, painted aged 70, with the hands and genitals raised off the canvas after being reworked over and over. Then there are the nude paintings of his grown-up son (paging grandpa Freud…), all scraggly and bony. They’re brilliant, but they radiate unhappiness.

There’s respite in some of his earlier work, with its clean, bold lines and exaggerated features. There’s even some colour every now and then­­­. But it all leads back to that abyss, the human chaos he committed so perfectly to canvas. There is genius at play, but gaze too long at your peril.