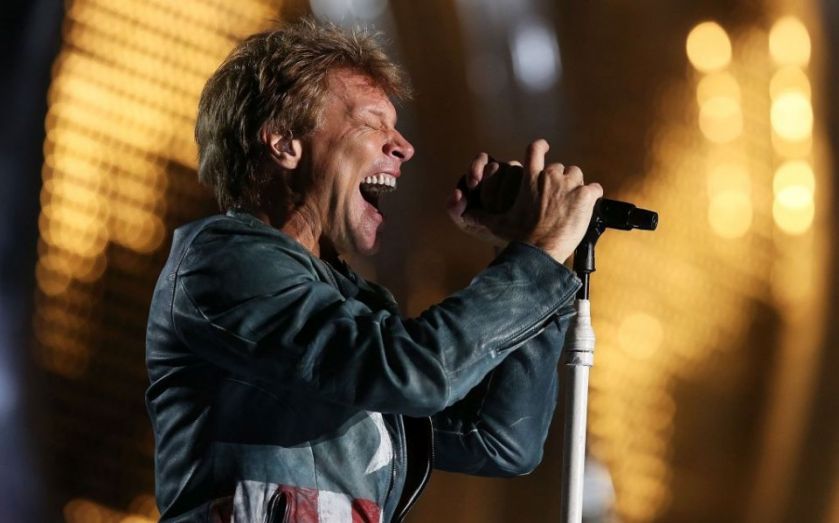 Investors have over the past week questioned whether major commodities names are like the lyrics of the 1980s Bon Jovi hit Livin’ On A Prayer – spot prices might  relapse, or prices may remain battered for years.
Glencore has been in the thick of it, defending its liquidity, debt maturities and bank loans after its stock tanked 29 per cent last Monday.
The startling capitulation came despite management seemingly warding off any threat by implementing a plan to tackle its $30bn debt pile.
Much to the relief of its investor relations team, a charm offensive at a swanky hotel in Mayfair elevated the flagging share price last week.
Part of the future of Glencore and others in the commodities sector boils down to how willing banks are to keep holding risk.
Read more: After a turbulent two days for Glencore, could its troubles trigger a Lehman moment for miners?
Citi, a staunch defender of Glencore in the past week, pointed out in an analyst note to clients that there are a large number of lenders willing to support the commodity house, with 60 banks in the Glencore syndicate having done business with the company for decades – and presumably have a good understanding of the business.
For lenders are now willing to extend credit to Glencore and other companies battling a commodities shock. For instance, Tullow Oil, which saw its stock price plunge to a 10-year low last week, confirmed that it had passed a routine biannual check up of its credit facilities.
Tullow said it had debt capacity of $3.7bn available, and the outcome demonstrates that lenders are willing to support it during the period of low oil prices.
Buried in these positive statements from both UK-listed names is the ongoing risk for the sector if prices resume their downward path.
Read more: Glencore CEO tells rivals to close failing mines to help rally copper price
Will the same lenders be as generous with their terms and conditions, given the lessons of the financial crisis on holding too much risk, even from high profile clients?
The dilemma for creditors and shareholders explains the obsession with raking over the history books to glean information about when the pain might end.
Is it the 1980s oil bust all over again? Or 1998, when markets battled a currency crisis and defaults? Or, is it a repeat of 2008, when all names were tossed out in market capitulation?
Michael Browne of Martin Currie Investments believes that there is no doubt there will be more hardship.
“We know that at least a third of capital expenditure quoted by companies has come from oil and gas over the last five years. This will fall by at least 50 per cent over the 2015 to 2017 period –  maybe more… on its own, [it] will knock at least 2.5 per cent off global GDP, and capex as a percentage of GDP will fall to around 12 per cent,” says Browne.
He points out this is precisely the level that capex bounced off in 1985. “This means there is more pain coming for those in the sector involved with oil and gas.”
But Browne denies that we’re repeating the 1980s, when inflation was running at 15 per cent and capex took six years to recover after its peak. So where is the low point for investors?
He pinpoints 2017, and warns the recovery speed will make conditions much more damaging for those with leveraged balance sheets.
Miners have already seen their investment-grade bonds trade more like high-yield through 2015 because of debt piles, challenging macroeconomic conditions and oversupply of commodities.
Investors are right to continue to question valuations on the sector. And, as Bon Jovi belts out, “we’ve got to hold on, ready or not”.
Share