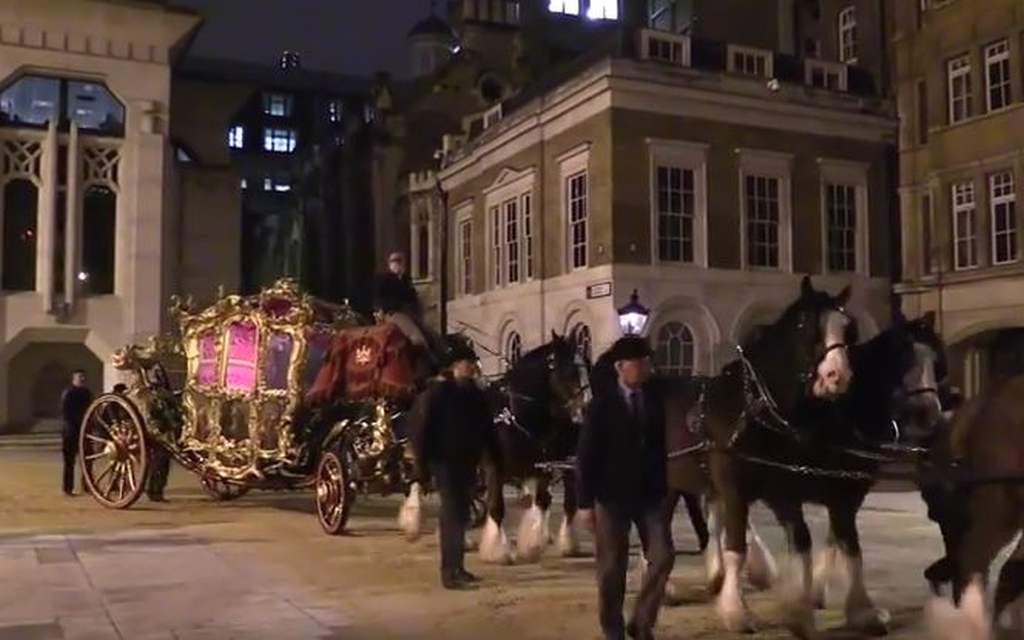 Anticipation is building ahead of the Lord Mayor's Show this Saturday – the 800th time the procession has taken place.

The City of London Corporation has been hard at work getting everything ready, including running a "secret" dawn rehearsal that traces the route the new Lord Mayor Jeffrey Mountevans will take on 14 November, when he will travel in the state coach from Mansion House via St Paul's Cathedral, Ludgate Circus and Temple Bar to the Royal Courts of Justice.

Pageantmaster Dominic Reid is leading the preparations for the 24th year running – carrying on the tradition set by his father. "Between us, we've run the show longer than anyone in history," he says.

Read more: Everything you need to know about the Lord Mayor's Show

As he points out, the early-morning rehearsal is the only time the horses will be given to experience the weight of the heavy coach and it's the only time the new Lord Mayor will be able to practice getting in and out of the coach, as well as his ceremonial oath at the Royal Courts of Justice.

Watch the video below to see the rehearsal as it happened – and what to expect come Saturday morning.

But there is plenty of work needed from everyone taking part:

Our float build is coming on quickly. Well done to the team putting in so much hard work for the big day #LMS800 pic.twitter.com/5OIazpNk59

our #band is in #london on Sat for @lordmayors_show #ceremony #Tradition #LMS800 #Pangbourne #education #music pic.twitter.com/XZ9dCmYQX5

Its just a few days until we take part in the @lordmayors_show this Saturday. We are really excited ! #LMS800

Half a million people are expected to watch the procession, which will begin at 9am and continue well into the evening with a fireworks display.

But by now it's standing room only, as tickets for the grandstand seating have already sold out.

City A.M. will be among the businesses taking part this year. Keep an eye out for our float…