Longitude Prize: Why open innovation can help us take on antibiotic resistance 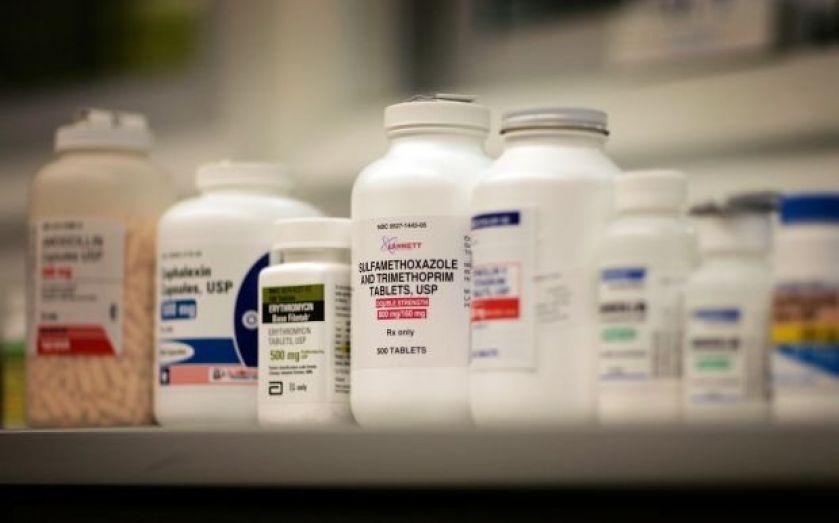 The battle against the bugs has become something of a crusade. A month ago, the public chose the search for an answer to antibiotic resistance as the topic for the 2014 Longitude Prize, a £10m challenge to help solve one of the greatest issues of our time. Recently, David Cameron committed the UK to leading a global campaign to save us from the potentially devastating problems that could result from antibiotics becoming ever less effective. Millions of people are now aware of the issue, and thousands, perhaps tens of thousands, are working to address it. It was very different 300 years ago, when a committee of a dozen rather grumpy men made the final decision on allocating the original £20,000 Longitude Prize. In the end, and very reluctantly, they had to award it to John Harrison, a humble Yorkshire clockmaker, whose successive inventions had solved the problem of measuring longitude at sea better than any alternative. This time, vastly larger numbers have taken part in the conversation about what the Longitude Prize 2014 should focus on, arguing about which of the six challenges initially selected was the most important and urgent. These ranged from tackling dementia to carbon free flight, from water desalination to paralysis. But antibiotics was a worthy winner – specifically finding a way to tackle the rise of antibiotic resistance, a problem that could threaten millions of lives. We have relied on antibiotics for over 80 years, and can all see their benefits. But too much use, and too often treating antibiotics as a first response, has fuelled the rise of resistance. Beyond the importance of the issue itself, however, we hope that the Longitude Prize 2014 will help to promote challenge (or inducement) prizes themselves as a way of solving big scientific problems. But why can they be such a useful approach? First, unlike the many retrospective prizes out there (with the Nobel Prizes perhaps the best-known), which reward people, sometimes late into old age, for the wonderful things they’ve done, challenge prizes have an opposite virtue. They catalyse and inspire action. They’re also objective – you only win if your idea can be shown to work, making them different to unavoidably subjective literary awards. Further, they fit the spirit of our times: a belief in openness, the notion that eligibility shouldn’t depend on the grandeur of your title or the status of your institution, but on the quality of your ideas. And these ideas can come from anywhere too. A team of university researchers, a startup, even a lone wolf inventor, anyone could win. Second, they deliver results. Challenge prizes aren’t new or unique to the UK. Richard Branson is testing the limits of space travel with the Virgin Earth Challenge. Elon Musk, the entrepreneur behind the Tesla car, is on the board of the X-Prize – an organisation that regularly sets ambitious challenges funded by wealthy individuals. These business leaders can see the potential of innovating in this way and are using their fame and wealth to facilitate extraordinary innovations. The R&D benefits can also be magnified far beyond the size of the prize pot. The Ansari X Prize for a reusable private space vehicle, awarded in 2004, was for $10m. But the competing teams spent over $100m on technological development between them. And of course if you have a few spare million, it may be rather more satisfying on your deathbed to have helped find a solution to a global problem than to bequeath yet another house to your children. Third, the approach can have clear business benefits. There has recently been a big push towards “open innovation” methods, where firms offer rewards for innovators anywhere who can produce solutions to their needs. Firms like Procter & Gamble and Cisco are prime examples of big companies that are employing these methods. Sometimes, it can be a much more efficient way of generating ideas than paying for big internal laboratories, and it recognises that inventiveness can be found anywhere, often in the most surprising places. But governments are crucial too. They play a vital role in backing research, including for most of the ideas that the wealth of places like Silicon Valley rests on, and they are also making more use of prizes. The EU, for example, is considering a significant expansion of prizes as part of its Horizon 2020 programme. The Technology Strategy Board – the launch funding partner of the Longitude Prize 2014 – has funded many others. And, of course, the original eighteenth century Longitude Prize was funded by government. This summer, Nesta will be engaging many more scientists to help us finalise the detailed prize criteria for the main Longitude Prize, which we’ll publish in the autumn. But we also want businesses to come forward and to give us their thoughts on the criteria to let us know if we have missed anything or if we should be thinking differently. The stakes are high. The more minds that can be mobilised, the more chance we’ll have of solving the great challenges of our times.