The Long View: Bob Dylan and the selfie: The world’s now a stage and we’re all performing 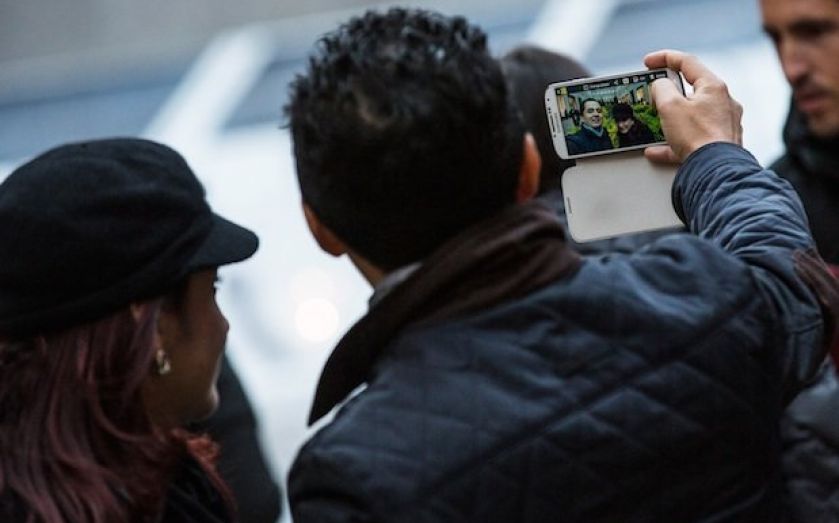 MY SMARTPHONE has a feature I can’t ever imagine using – it promises to insert my live picture into any snapshot I take by turning on both front and rearfacing cameras at once. But I’m clearly behind the times. Even as I cling to my old-fashioned desire to take photographs of the things that I see, “selfie” – the new nickname for a photographic self-portrait – has been declared Oxford Dictionaries’ word of the year, following a 17,000 per cent increase in usage year-onyear. The rise of the selfie has been made possible by the spread of smartphones. But more is shifting here than technology. After all, just because we can share our photos on social networks doesn’t mean they have to be of ourselves. We are witnessing a larger cultural transformation and, as more and more people seek to insert themselves into the action, it is increasingly one with tumultuous implications. Changing channels for a moment, consider Bob Dylan’s new music video released this week. You don’t just sit there and watch this version of Like a Rolling Stone. Instead, brilliant technological trickery encourages you to flick through shows on a TV where, in every option, the people on screen are lipsyncing to the song. Whether you pick financial news, rom-com, history channel or reality TV, even cookery… you can’t escape Dylan’s bitter lyrics. It’s an impressive achievement, and the song’s inescapable, tragic warning still resonates after almost half a century. But what’s almost as interesting as the artistic accomplishment is how it turns the traditional music video into a work without an audience. You are part of the performance. It is only completed when you lean forward and create the visual playlist of your choice. Dylan has long had a genius for what is blowing in the wind. This interactive video understands that we live in an age when passive consumption is fading. Apple quietly led the way with iTunes, which not only slashed the price of music but did so by breaking carefully planned albums into individual songs for fans to buy and rearrange into their own playlists. That has now become mainstream: as live events are now a backdrop for selfies, so TV shows are an opportunity to perform on a second screen with Twitter barbs and quips, or raw material for mashing up tribute videos and composing fanfic. Articles aren’t just for reading but for sharing and curating (feel free). Like the space in an Elizabethan court masque that the performers left for the courtiers themselves to step forward and take part, today everyone needs to work out how to create a stage on which the constellation of divas formerly known as the audience will strike their own pose. The cliche that a channel-hopping society indicates our shrinking attention span needs to be rethought. Dylan’s transformation of surfing with your remote into art reveals it as a revolutionary act: a refusal to sit back and take what we are given. We don’t want to see the picture; we want to be the picture. And that changes everything. Marc Sidwell is managing editor at City A.M.