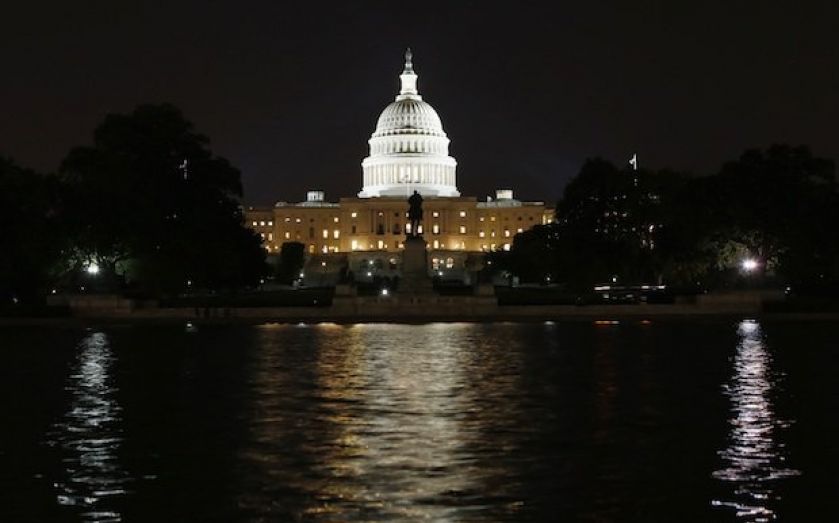 THE WORLD has gone mad. No, really. If ever there was a time for even the most sanguine of political analysts to throw up their hands in horror, this is it. Despite minor signs of reconciliation, the leaders of the world’s most powerful country are still steering it towards default pell-mell.

The scale of this catastrophe would be appalling. Global economic havoc, in a world still reeling from the financial crisis, is grim to contemplate.

Yet the big picture is worse. America may be coming to its senses and could step away from the brink once more, but any momentary reprieve should offer cold comfort.

The US government claims to be shut down, but it keeps on racking up the bills. Petulant gestures like barricading off national monuments cannot disguise that America, like all the Western powers, is committed to vast levels of government spending with no serious consideration to its affordability. US national debt was $1 trillion in 1981. Now it is ready to break past $17 trillion. Even those governments that see the problem, like the UK’s current coalition, are better at rhetoric than reality, winding down rates of growth in public spending rather than actually cutting back. The Royal Mail gets privatised but the NHS and foreign aid get ringfenced. This summer, Britain’s national debt passed £1.2 trillion, reaching 75 per cent of GDP, the highest proportion since the 1960s.

It is a kind of insanity, this uncontrollable inflation of the state. For all the achievements of Ronald Reagan and Margaret Thatcher, regulations pile higher and new benefits accumulate – Obamacare in the US, free school meals for the youngest here. Our nations are like the increasingly uninhabitable homes of compulsive hoarders. Pressed down by acquisitions we cannot stop making, we refuse to even acknowledge the problem.

In Sigmund Freud’s Civilisation and its Discontents, he pictures the mind as an ancient city, where nothing is ever demolished but new buildings are continually added. He would have recognised the sick, social democratic states of the twenty-first century, bulging with ever more good intentions, incapable of shedding those past their sell-by date.

Our civilisation is in crisis, because it no longer knows how to escape its past. Whoever we elect, politicians always end up in charge, and their ratchet of hope and change runs only one way. Arguments over Obamacare in the US are so fierce because Republicans know that once established it will prove impossible to unseat, whatever the actual outcomes.

We cannot go on like this forever, but at the same time we do not know how to stop. Perhaps Freud would say we need therapy, but who can put a whole civilisation on the couch? Instead, like St Augustine, we cry out to God to make us continent and chaste – but not just yet. Hopeless sinners, tied to a downward path, we wait for the inevitable disaster, praying to be saved by some miracle of undeserved grace.