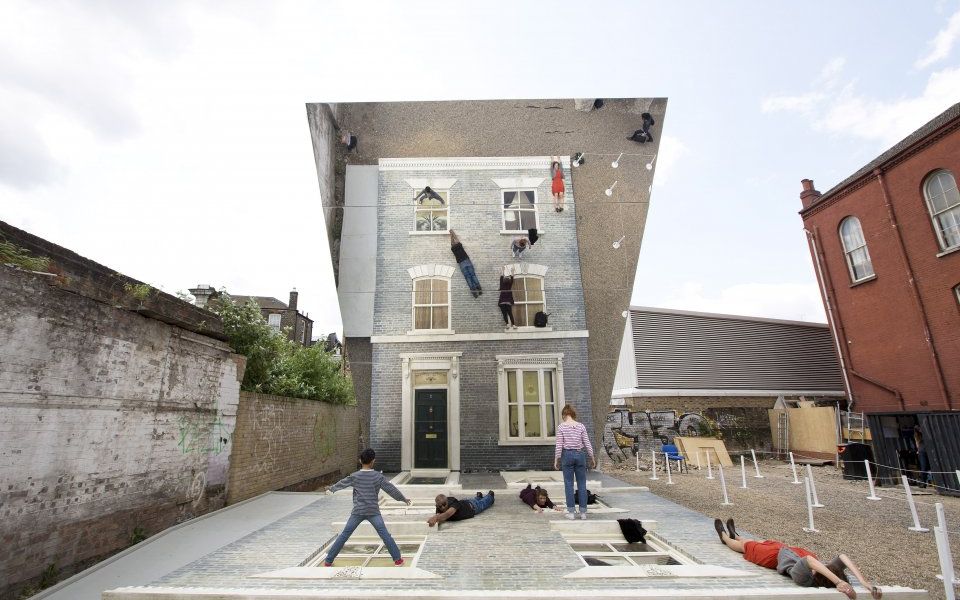 A famous Churchill anecdote recalls the time the former Prime Minister was asked to cut arts funding to aid the war effort. He refused, apparently, remarking, “Then what are we fighting for?”

As with most apocryphal tales, there’s a larger truth at its heart. During times of austerity and uncertainty, grants for culture and entertainment are always the first to go (despite the sector growing at almost twice the rate of the wider UK economy, according to the government).

Yet, there are a raft of new arts venues coming to fruition over the next few years and it’s all thanks to an unexpected source –­ private housing developers. London’s extraordinary housing boom and tight planning laws have combined to put local councils and landowners in a privileged position.

More developers are willing to strike deals with them to renovate, or even build, large public and cultural institutions to obtain permission for their imposing, yet highly profitable, towers.

For the uninitiated, Section 106 agreements, as they’re known in planning parlance (referring to a clause in the 1990 Town and Planning Country Act) are private deals struck between local authorities and developers.

They’re often used to prescribe the nature of a project – to include a portion of affordable housing, for example – to compensate for a loss of public space, or to mitigate a development’s impact on the local area (by, say, paying to improve local transport).

As need has become greater, these requirements have become more specific, leading to an influx of developer-built primary schools, public parks and sky gardens. Just as necessary, and even more exciting, are the new arts venues that are about to make their mark on the bustling London scene, most of which represent the first baby steps into showbusiness for Britain’s largest housebuilders.

Here are three of the biggest venues opening soon and the stories of how they came to be.

If you’ve never heard of Riverside Studios, on a bend in the Thames in Hammersmith, you’ve certainly heard of the TV shows filmed there. From Hancock’s Half Hour to Dr Who, from Top of the Pops to TFI Friday, it’s been home to many British staples over the years. Apart from the last four, that is, during which time it’s been completely demolished and rebuilt by housebuilders Mount Anvil and Fabrica By A2 Dominion.

“It’s an iconic venue that was in serious need of modernisation,” says Peter Burslem, head of operations for the project. “Without the re-development, it would have been difficult for them to carry on.”

He says its redevelopment was “instrumental” to getting planning permission to build 165 apartments by Hammersmith Bridge. The homes are due to be finished later this year, and cameras will roll again at Riverside Studios the following year.

“The big planning advantage here was that we redeveloped the studios and replaced them with a modernised arts venue, but we’ve opened up the Thames path completely along the front of the studios for people to walk along, too,” says Burslem.

Once it’s completed, it’ll house three modernised TV studios, a 200-seat cinema, screening room, community rehearsal space and a permanent exhibition celebrating the venue’s heritage. Afterwards, runners will mix with residents in riverside cafes and restaurants or even go for a jog between Barnes Bridge and Craven Cottage, which has been inaccessible for years. Once it’s finished, the building will be handed back to the Riverside Trust and it’ll be ready to get back into the flow of film-making.

“I think it’s fantastic. It just shows that private developers and local authorities and planners can work together for new developments to fund new arts centres,” says Burslem. “It was in need of TLC and we saw an opportunity to develop their site along with the adjacent site and bring it all together.”

This enormous chunk of prime riverside was earmarked for a temporary Royal Opera House while the Covent Garden original was being refurbished. While that plan fell through, the notion of having a cultural institution of national importance stuck. By the time Berkeley Homes applied to build nearly 400 new homes on the site, Southwark Council was determined that the masterplan included a substantial arts venue and a decade-long search for a hefty cultural tenant began.

While there have been agreements over the years with a number of worthy candidates, the financial crisis of 2008 meant many of them couldn’t raise the funding to occupy such a large venue.

But in August 2015, plans were finally announced for The Bridge Theatre, the flagship for The London Theatre Company, an independent enterprise set up by Nicholas Hytner and Nick Starr, following their departure after 12 years, from the National Theatre. Purpose-built for modern theatre by Stirling Prize-winning architects Haworth Tomkins, it’ll house 900 seats, making it the largest such venue to be built in London for 80 years.

“It’s very exciting to have that on our CV as a developer,” says Berkeley’s managing director Harry Lewis. “We’ve done some spaces for ballet and art companies, but we’ve never developed a theatre before, and to pull off something on such a large scale for London makes us very proud.”

Before construction started, Berkeley spent nine months redesigning 70,000sqft of space, as it was too large for the theatre. Instead, they’ve surrounded the immediate area with independent restaurants, saying it’s in its interest as a housebuilder to make the area as “buzzy” as possible.

Tom Simmons, a winner of Masterchef: The Professionals, is currently fitting out his first restaurant on site, with plans to open in the summer. “He hasn’t got a proven track record, but he’s exactly the sort of guy we want to give a chance to because he’s a really exciting chef and we’ll get a real buzz about the place by creating new restaurants from first timers, rather than national chains.”

Since the early 20th century, Cork Street has been at the heart of the contemporary art scene in Mayfair, launching huge names including Lucian Freud, Francis Bacon and David Hockney. But when developer Native Land arrived on the scene, sales and marketing director Nicholas Gray admitted it “had probably seen better days.”

The Pollen Estate, the main landowner around East Mayfair, has embarked on a revitalisation project, that hasn’t always been popular with locals. The potential closure of seven galleries led to a local campaign, Save Cork Street, which was backed by a number of high profile artists. In the end, Westminster City Council struck a deal with Native Land to pay for new paving, street lighting and trees along the road, but also to provide 25,000sqft of gallery space on the lower and lower ground floor of its apartments.

“After our two developments are finished, which will be sometime next year, it will look wildly different to how it is now,” says Gray. “It’ll bring a new lease of life into Cork Street and really set it up for the next few decades.”

Aside from the gallery space, set in a building designed by another Stirling Prize winner Rogers Stirk Harbour & Partners, an arcade connecting Old Burlington Street with Cork Street will be built, the first in Mayfair since the 1930s. Though it’s still being thrashed out, a partnership with the Royal Academy is under discussion to showcase the work of young artists in them on a bi-monthly basis.

While Native Land doesn’t have form building art galleries, the marketing for its last major development, Neo Bankside, was all about living in close proximity to Tate Modern, a decision many of its residents are currently regretting; they’re suing the institution over “nosy tourists peering into windows”.

A less controversial example is Native Land’s 10 Montrose Place, where the developer says it spent double the amount required of it commissioning sculptor Andy Goldsworthy to create Slate Wall, a permanent piece of public art.

“In all our developments, whether we’re required to through a Section 106 agreement or not, we will involve art in some way,” Gray says.