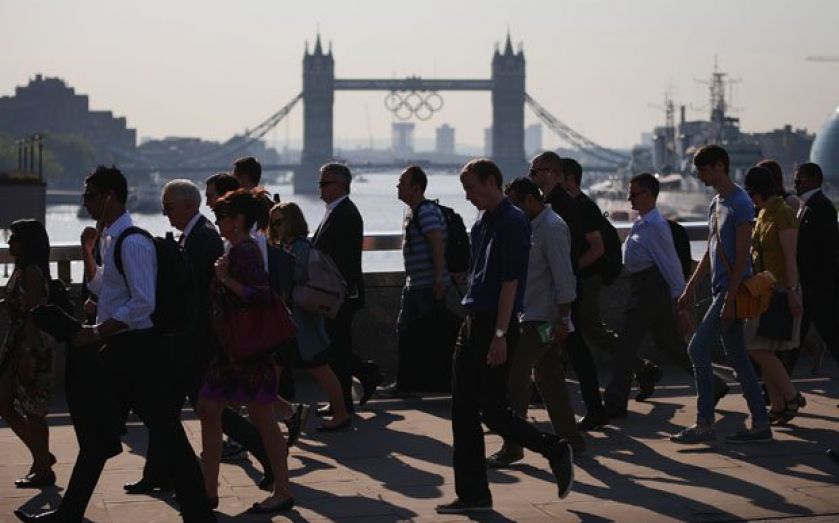 LONDON is the best city in the world for jobs in the knowledge economy, a report out today shows, confirming the capital’s status as a global talent magnet.

The capital employs 1.5m people in highly-skilled sectors such as banking, digital media and telecommunications, with these staff making up 29 per cent of the working population.

London attracts more of these types of workers than any other city on the planet, and is world-beating in 12 of the 22 industries examined by professional services firm Deloitte.

The gains will not be felt in all industries. Banking, for example, employed 669,000 in the first half of the year, down 0.9 per cent according to figures published last week by TheCityUK, and Deloitte believes more posts will be lost in the rest of the decade.

Meanwhile, life sciences and new media are forecast to lead the way in employment growth, while insurance is also expected to add roles in the capital.

The findings cement London’s reputation as a leading global city, but raise the question of how the city will cope with the continued influx of talent. Housing is already under pressure, with the London Councils group calling for more than 800,000 new homes in the city by 2021 in order to keep pace with demand.

Deloitte also highlighted tough visa rules as a hindrance to new high-skill jobs – alongside a need to improve education to help Londoners train up for these newly-created roles.

“[O]ur city’s high-skill talent might be one of our greatest invisible exports. But this will not last forever without renewal and regeneration,” said Angus Knowles-Cutler, London senior partner at Deloitte.

“I cannot pretend that we in London are getting everything right,” said Kit Malthouse, the  deputy mayor for business and enterprise. “There are gaps in the workforce’s skills set, and the mayor and I are working hard, with government and the private sector, to address these.”

The consultancy has called for a chief talent officer to sit within the Greater London Authority, to monitor the flow of workers in the city.

The direction of travel is not all one way, however. When Deloitte surveyed 1,000 of its own staff in the city, it found that 57 per cent hope to work outside of London in the next five to 10 years.