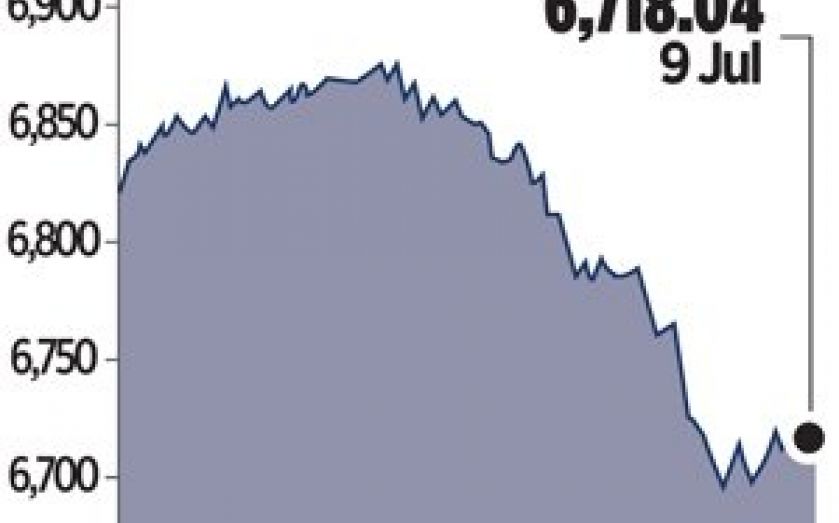 BRITAIN’S top share index fell for a third straight session to a two-month low yesterday, with Admiral sinking after its trading update and Aviva down after outlining its turnaround targets.

Next dipped two per cent to 6,365p after reaching its ex-dividend date.

Car insurer Admiral slumped 3.3 percent after saying revenues fell in the first half of the year and there was no firm evidence of a return to growth in UK car insurance premiums.

The company said it planned to launch its first ever bond of up to £200m to diversify its capital base and help prepare to meet Solvency II regulations in 2016.

Aviva also fell by 3.6 per cent. The UK insurer aims to double the amount of excess cash it generates during the next stage of a turnaround plan, but shares fell on worries the plan did not go far enough.