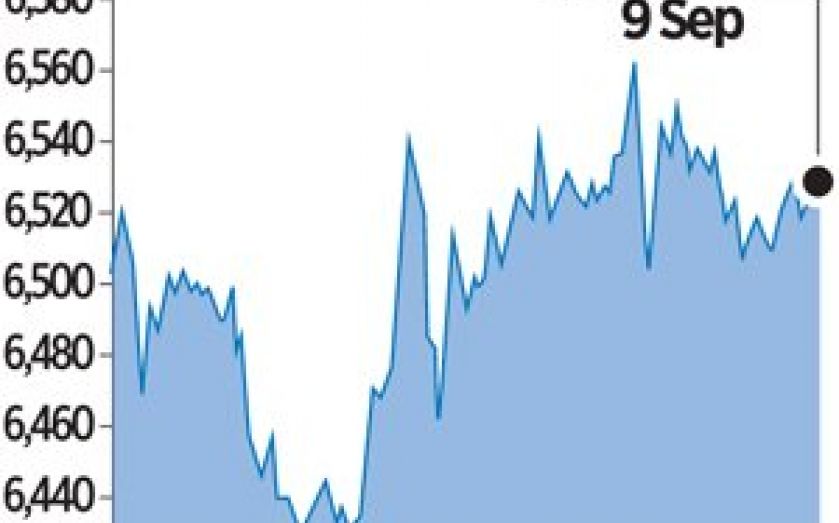 BG dropped 5.1 per cent – its biggest one-day fall in nearly a year – after saying delays at projects in Egypt and Norway would reduce its 2014 production by around 30,000 barrels of oil equivalent per day.

With 19 analysts having rated the stock a “buy” or a “strong buy” against just two sellers, the hitherto favourable investor positioning served to augment the size of the sell off.

Although the issues were seen as largely specific to BG, the company’s size – as one of the 10 biggest weights in the FTSE 100 – meant its shares alone took over 9 points off the index.

“BG have taken a heavy old hit here. They had a big move to the upside with crude oil starting to spike and that did leave them in a situation where the figures did need to be something very special to maintain the price action,” said Ed Woolfitt, trader at Galvan.

“It’s very much a short-term trading market at the moment with the bigger issues looming, like Syria, so I am seeing a lot of short-term moves and profit-taking.”

Broad sentiment was also hurt by the prospects of US intervention in Syria, with Senate voting on the issue possible as soon as tomorrow.

“We’ve seen a selloff and it’s starting to test down towards 6,500 so it seems that some of that better-than-expected Chinese data has been clouded by Syria,” said Brenda Kelly, analyst at IG Markets. “As long as we can stay above the 6,500 level, the bias is still to the upside for the market.”

On the flipside, Burberry was a top gainer, up 2.2 per cent thanks to a price target upgrade from HSBC and to strong data from key market China, where trade figures offered fresh signs of economic stabilisation.

Aside from the top risers and fallers, volumes on the market were limited, with activity on the FTSE 100 at only around 80 per cent of its 90-day daily average.

Alongside waiting for developments in Syria, some investors are also awaiting clarity on plans for US stimulus.