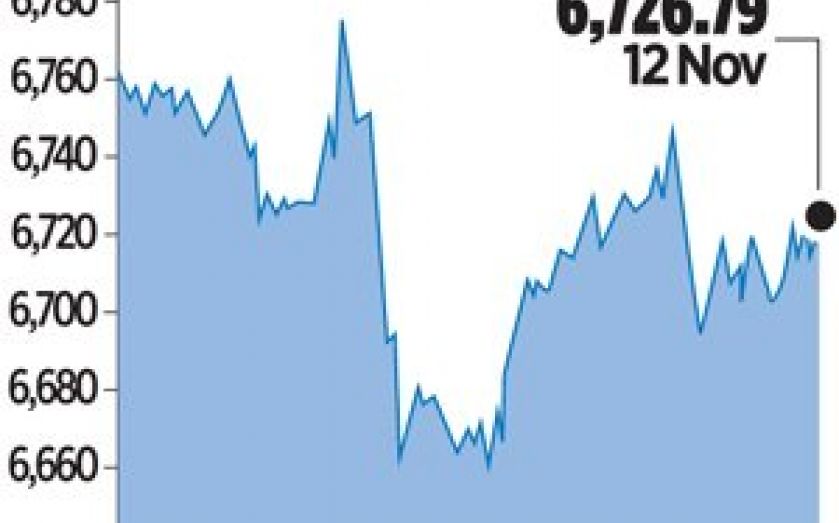 While the FTSE 100 closed little changed, banks and insurers combined to take 6.1 points off the index, handing back most of the gains they made in the previous session.

Partly state-owned Royal Bank of Scotland fell 2.4 per cent to 331p on valuation worries after Goldman Sachs removed the stock from its conviction “buy” list and cut its rating to “neutral”.

Nomura was also cautious, estimating fair value for the UK lender at 285p, 14 per cent below its current market price.

The new head of the agency managing Britain’s bank stakes said RBS must address issues over capital and strategy before the government can start selling its shares.

Valuations are a concern for stocks listed in Britain and elsewhere in Europe, which currently trade on price-to-earnings multiples above their longer-term averages.

“We are probably close to the top of the current valuation cycle, but we don’t expect a big decline in valuation metrics,” said Patrick Moonen, senior equity strategist at ING Investment management.

Irish building supplies group CRH led FTSE 100 gainers, up 3.2 per cent after announcing a review of its business following a two per cent rise in third-quarter revenues.

BSkyB and CRH were among the most heavily traded stocks on the FTSE 100 around midday, each trading at around three-and-a-half times their 90-day daily average.