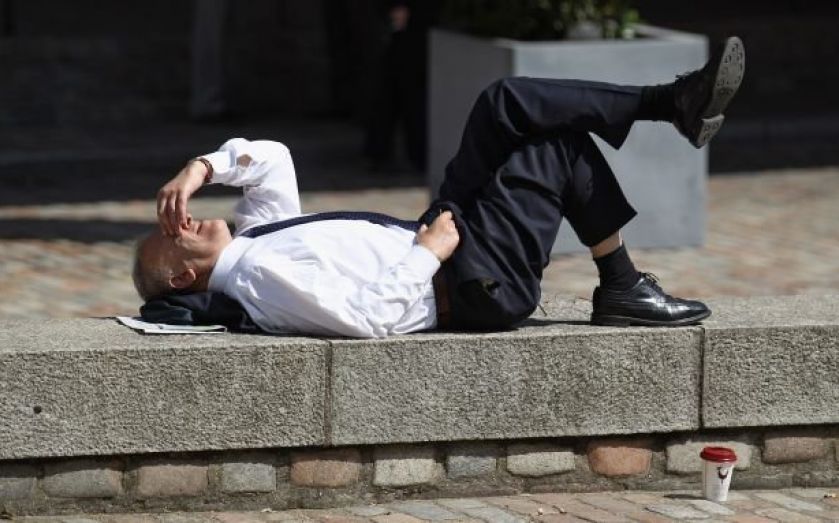 If you feel a little chilly when travelling out of London to the countryside, you're probably not imagining it.
Researchers at Yale University in the US have shown that urban areas really are hotter than the rural areas around them, and that the difference is biggest in wet places like rainy London.
Published today in the journal Nature, the study looked at 65 cities across North America to try to find an explanation for these “Urban Heat Islands”.
They discovered that it all comes down to convection: the transfer of heat from one place to another. They found that cities are considerably less efficient than rural, green areas at releasing heat from their surfaces into the lower atmosphere.
“The difference is largely determined by this convection efficiency, and in wet places it is even more prominent,” explains Lei Zhao, co-author of the study.  “Urban areas tend to trap heat in the surface, which causes them to be warmer than the surrounding rural areas.”
Zhao and his team came to the conclusion after using satellite data of land surface temperatures and vegetation cover from cities in the United States and Canada to calculate the mean temperature differences between urban centres and their rural surroundings during both day and night time.
“The 'rougher' surfaces of the vegetation triggers turbulence, and turbulence releases heat from the surface to the atmosphere," says Zhao. "But where there is a smoother surface, there is less convection and the heat will be trapped in the surface."
In other words, buildings, pavements, and other city structures tend to hold on to more of the heat generated by human-built industrial systems than vegetation and soil do.
The wetter the climate, the more vegetation there will be in the surrounding countryside and so the greater the difference in convection efficiency. Zhao and his team found that in wetter climates, urbanization reduces convection efficiency by 58 per cent.
“The west and south eastern parts of the United States have a wetter climate, and it is in these areas that there are lush forests, so in comparison to the forests next to them, the urban areas are much less efficient at dissipating heat away from the surface,” he says.
Convection also plays a key role in drier cities, but to a lesser extent. In these areas, urban landscapes were shown to be 20 per cent more efficient in releasing heat than their rural surroundings.
Although the study looked exclusively at cities in North America, Zhao says that the findings can also be applied to cities around the world: “We have a pattern here, and if it holds for these cities then there is no reason why a city like London wouldn't also have a significant urban island: I know that London has a lot of rain, so the urban island should be big.”
Share
Tags: NULL