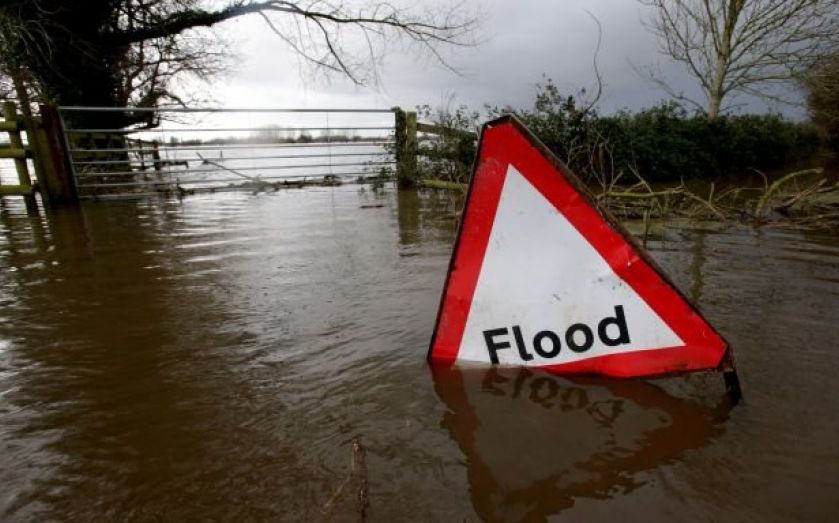 Eleven months ago, Britain experienced its wettest winter in 250 years.
Somerset was hit so hard, thousands of people were forced to leave their homes, and the government has only just finished dredging two of the main rivers in the area.
As part of a £5.8m attempt to prevent heavy rain from causing flooding in the future, the capacity of the Tone and Parrett rivers has been increased.
But the water level in both rivers has risen once more – this time by two metres, one metre below the level at which they burst their banks.
Meanwhile, rainfall reached 15mm in London this morning, causing part of the M25 to collapse. High waves on the coastline have prompted the Environment Agency to issue 20 flood alerts across the country.
A 60mph wind from the Atlantic is the culprit – bringing high levels of rain, it's leaving us vulnerable to yet another period of floods.
Thousands of homes have the potential to be affected, according to the Environment Agency, and already water has spilled over into dozens of gardens in Somerset.
The south west of England, south Wales and parts of Ireland expected to suffer the most. Both Pembrokeshire and Carmarthenshire were given yellow warnings today, meaning they should “beware” of wet and stormy weather.
Here are some tweets people have been posting from Somerset:
https://twitter.com/SouthWestFarm/status/532912513038303233
https://twitter.com/Damage_13/status/532483736429154304
https://twitter.com/WMNNews/status/533268812184170497