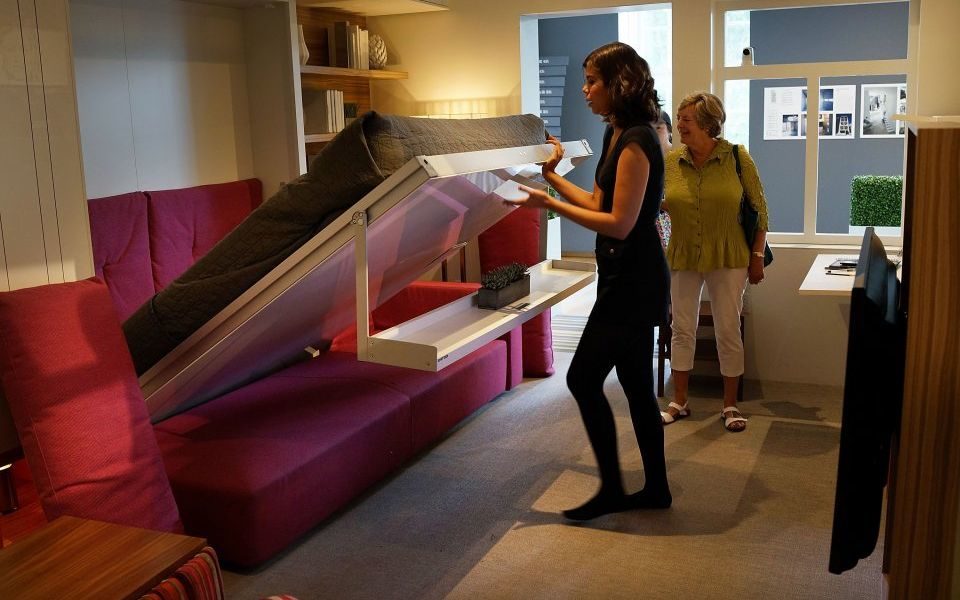 Everyday, thousands of city workers (yes, I’m talking about you) are forced into excruciatingly long commutes from the outskirts of London, because living in the city centre – and, frankly, most of the capital – is simply unaffordable.

Micro-housing would allow Londoners to commute less and live more. Never mind if that’s more time to join a gym class, meet friends at restaurants, catch a show or a Spanish class. What matters is that it’s more time for you, and less time stuck on the train or in a car.

Housing is the most crucial problem facing London.

In the past 20 years, London’s population has grown by 25 per cent, but the number of homes has only grown by 15 per cent. More people and not enough housing has pushed up prices, creating an affordability and ownership crisis.

The proportion of income spent on housing has grown from one fifth of incomes 15 years ago to one third of incomes today. If you’re among the city’s lower earners, it’s highly likely to be taking even more of your pay packet.

Because of high housing costs, many are forced to endure insufferably long commutes, live in overcrowded share flats or, most worryingly for the economy, leave the city altogether.

The loss of capable people has serious ramifications for Britain’s economic productivity. All too often people end up taking lower paid jobs elsewhere, which hold them back and mean that they are less productive.

Chang-Tai Hsieh and Enrico Moretti from the University of Chicago estimated that US GDP is 13 per cent lower than it otherwise would be because people are not able to live where they would be most productive.

The damage to the UK’s GDP from people living where they are not the most productive is likely to be even higher.

The housing crisis is not just an economic policy problem – it also has serious political ramifications.

Housing affordability issues, particularly among young people, are damaging trust in the entire free market system. This is driving young people into the hands of extremists like opposition leader

Jeremy Corbyn, whose interventionist policies would only make things worse.

Which is where micro-houses come in. Currently blocked by housing guidelines and local authorities in the UK, this creative solution could help ease some of pressure on the market.

As urban policy researcher Vera Kichanova makes clear in a new paper for the Adam Smith Institute, when it comes to housing, small is in fact beautiful.

Micro-homes are nothing like what you are imagining. They are not cramped sub-divisions of existing units. Rather, micro-houses are stylish, modern homes that use space intelligently. They win prestigious architectural awards. They often include shared game rooms, gardens, co-working spaces, living areas, and additional services. They help combat loneliness with group activities and communal spaces.

In short, they are perfectly suited to the fast-paced inner-city lifestyle craved by many millennials.

There is no standard definition of micro-homes, but they can perhaps be best understood as purpose-built homes that are below the existing 37 square metre space standards for an apartment.

Micro-housing projects have been a huge success in New York City, Hong Kong, Tokyo, and, in the few cases they have been allowed because of legal grey areas, London.

Carmel Place in New York City, which was completed in 2016, contains apartments that are just 24 to 33 square meters. The project won an award from the American Institute of Architects.

London is home to The Collective Old Oak, the world’s largest micro-apartment building, which offers 546 private units and a wide array of communal spaces.

Micro-housing is not a substitute for more fundamental planning reform, such as ending the prohibition on building out or adding extra storeys on famously short London buildings. And it goes without saying that nobody should ever be forced to live in a micro-property.

However, the choice should be available for those who prioritise living closer to work and entertainment over a large house in the suburbs.

These smaller properties would ensure that the land in the city centre is used more efficiently, providing an important piece of the puzzle to address London’s housing crisis.

It is the responsibility of local authorities, particularly in central London, to think more creatively about how to deliver more housing. They can start by abolishing arbitrary restrictions on room sizes, and declaring themselves open to micro-housing.

This would encourage architects and builders to propose such projects across the city.

In designing housing guidelines, local authorities should remember: it’s not the size of your home that matters, it’s how you use it.