This year's London mayoral election has a record 12 runners as parties and individuals vie for City Hall.

Officials at London Elects announced 12 candidates are competing to replace Boris Johnson, compared to seven back in 2012.

While it already looks set for a one-on-one battle between Tory Zac Goldsmith and Labour Sadiq Khan, they are joined by a host of other politicians. Who are they? 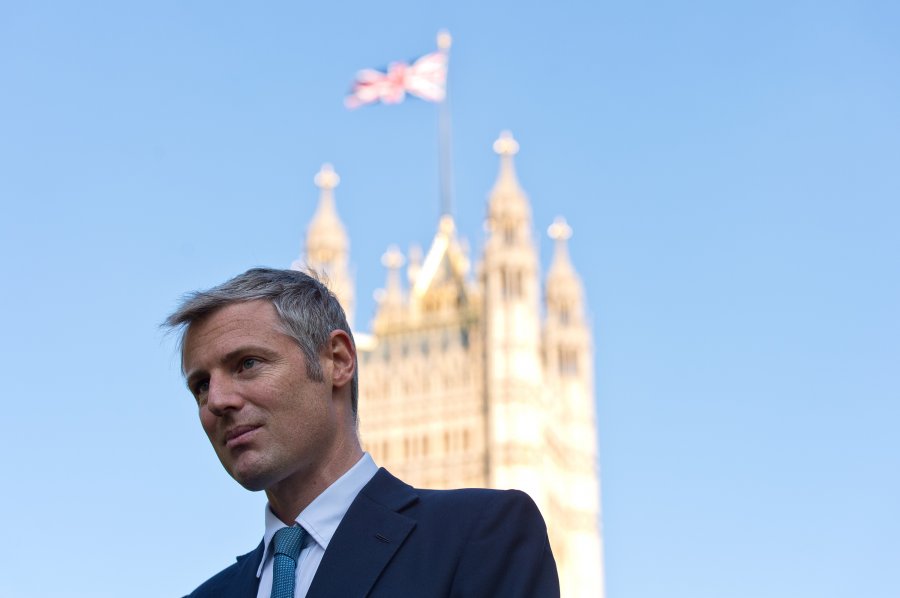 Tory MP for Richmond Park, renowned for his green credentials (formerly editor of The Ecologist) and has a penchant for holding his own against the party line.

He's big on airport expansion, as well as promising a "clean air revolution". Says he won't promise anything he can't deliver.

Labour MP for Tooting, formerly a solicitor specialising in human rights and has held a cabinet position in the past.

He's the son of a bus driver and on the social democratic wing of his party. Yet he's wooed business in his bid for City Hall and wants to freeze London transport fares.

In 2016 he won the Politician of the Year at the British Muslim Awards.

Leader of the Liberal Democrats in the London Assembly, previously having served as a councillor in Southwark.

She's chaired the London Assembly's Transport committee and is a member of the Metropolitan Police Authority, as well as the London Fire and Emergency planning Authority.

Camden's Green councillor, she was elected in May 2014 and has been active in local campaigns since 2001 – first against war and then on transport and pollution.

Berry has written a number of books on green living and now works as a sustainable transport campaigner for the charity Campaign for Better Transport.

She wants to close City Airport and pressure the government to introduce some form of rent control, as well as halting council estate demolitions.

(Whittle has pushed the issue of immigration. Source: Getty)

The UK Independence Party's culture spokesman, he's said his priority is to encourage people to stay in London rather than being forced out of the capital for financial reasons. Of course, immigration is key to Whittle's arguments.

Born in Peckham, he grew up in Shooters Hill and has lived in London for most of his life.

Whittle has set up think tank New Culture Forum and is also against expansion at Heathrow.

He has also said he would support the use of stop and search to help tackle youth crime, which has been a tetchy subject between the government and Met.

Former MP for Bethnal Green and Bow as well as Bradford West for Respect, Galloway was one of the only politicians to be expelled from Labour due to comments he made about the Iraq War.

Born in Dundee, he's teetotal and has been active in opposing war and has been vice president of Stop the War Coalition.

An activist, he's recently appeared on stage with Nigel Farage to express support for Brexit. He's also supportive of Palestine in the Israeli-Palestinian conflict.

Oh, and, of course, he was on Celebrity Big Brother.

​The British National Party's organiser in west London, Furness has said that the party is "rebuilding and modernising".

He thinks (in his own words) Europe is being taken over by Islam.

That's why the mayoral election means so much to him. He said (completely in line with his modernisation agenda..):

"This is our chance to regain a seat on the Greater London Assembly and to stop the Labour party’s plan for their candidate (the Muslim MP, Sadiq Khan) to be the next London Mayor. We must stop the Islamification of London!"

"This must be the most boring election ever", property boss John Zylinski said.

He reckons that "to be in property takes as much courage as it does to win the Victoria Cross in the war. I don't think the other candidates have that courage". As mayor, he would "turbo-charge" London housing construction, aiming to build over one million homes in four years.

"In the past I've compared Zac to a Barbie doll", he's previously told City A.M. "He's very handsome, but hasn't really achieved anything. As for Sadiq, he's far too wooden."

Leader of Britain First, a movement he describes as the strongest patriotic and counter-jihad movement in Britain.

His CV boasts that he's been arrested multiple times for confronting terrorists and hate preachers, and has been "dragged through the courts on several occasions by our corrupt authorities in a vain attempt to stifle and silence him".

He's against widespread immigration, but says that's nothing to do with skin colour, but is a problem of space.

"The archaic laws that have gone on here, the last 70 years of drug prohibition, have caused more harm than good," he told the Guardian.

He basically doesn't want people to be penalised or criminalised for possession of cannabis or growing plants. Hence his party's name: Cannabis is Safer than Alcohol.

Leader of the UK's Women's Equality Party, she was previously an editor at Reuters.

As a journalist, she mostly worked on business, politics and trade in Paris, Washington and London, as well as from Iraq, Afghanistan and Pakistan.

She's standing for the One Love Party, which she leads.