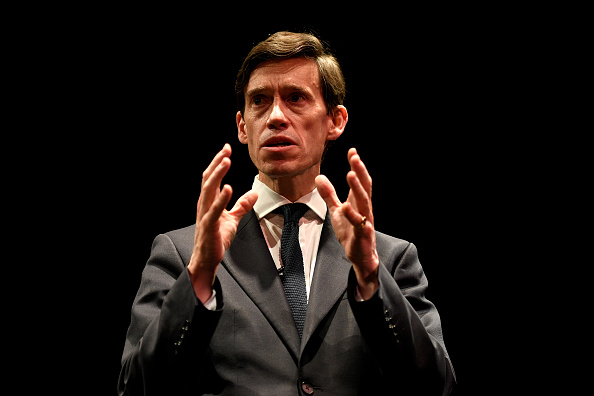 Rory Stewart has fallen behind early in the 2020 London mayoral race as polling shows the former Conservative cabinet member is 32 points adrift of Sadiq Khan.

The mayor of London has a significant lead in the YouGov/Queen Mary University poll, with 45 per cent of the vote – a 2 per cent increase from May polling.

Conservative Shaun Bailey – despite sitting at fourth favourite with bookmakers – has retained second place on 23 per cent.

Stewart, the independent former Tory, has polled 13 per cent after joining the race just six weeks ago.

His votes appear to have come mostly at the expense of fourth-placed Liberal Democrat candidate Siobhan Benita and fifth-placed Green candidate Sian Berry.

Benita sits on eight per cent, down two points, while Berry’s vote has more than halved to seven per cent.

Tony Travers, local government expert at the London School of Economics, said Stewart would have to be “a little disappointed”.

“The results suggest there is a solid, tribal Labour and Conservative vote and people are sticking to their candidates,” he said.

Stewart entered the race in September, after he announced would resign as Penrith and The Border MP and leave the Conservative party.

The former diplomat ran for the leadership of the Conservative party over summer, framing himself as the moderate candidate in the race.

He quit from his position as international development secretary after Boris Johnson won the race.

He then had the Tory party whip removed after he voted with opposition MPs to stop a no-deal Brexit.

Travers said Stewart had a chance in the mayoral campaign if he styled himself as a “Macron candidate”.

“He has some work to do still, but the campaign hasn’t started yet,” Travers said.

“He has to say – you’ve got Bailey and Khan, Conservative and Labour – but we want to start again in London and signal that there has got to be another way.

“A real touch of Macron.

“He has name recognition and publicity…He definitely has the potential to disrupt what has traditionally been a Labour vs Conservative run off.”

London can show the country how to do democracy better