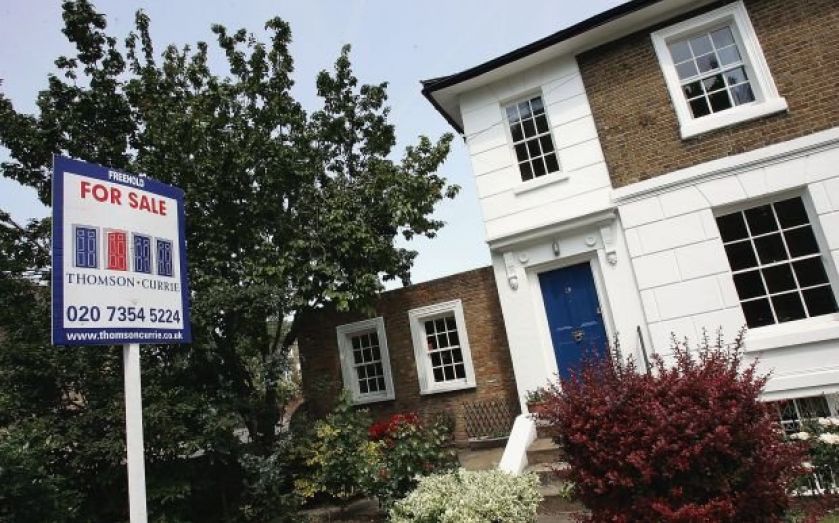 The frothy London housing market is likely to come off the boil in the months ahead, with owners rushing to sell their properties following the recent surge in prices and buyers increasingly reticent to match the escalating valuations.

The number of people looking to sell homes in the capital has climbed by nearly a third, up 32.3 per cent in the year to July. With the rapid increase in house prices, a growing number of Londoners are looking to cash in, according to figures from estate agents Haart, seen exclusively by City A.M.

But the property market’s escalating prices also seem to be putting off buyers. Haart’s data shows 15.7 per cent fewer house hunters came on to the market when compared to July last year.

“Many homeowners are adopting a now-or-never attitude to take advantage of the continuing strength of the market, having seen their equity rocket over the last year,” said Paul Smith, chief executive of Haart.

And though Haart says prices in London rose by an eye-watering 18.6 per cent during the 12-month period, this is the slowest pace since January, and the firm reported no increase in prices whatsoever between June and July.

The figures chime with other pieces of recently-published data.

At the start of the week Hamptons International’s forecast that although prices in the capital will rise by more than 15 per cent this year, the growth will slow down to just three per cent in 2015.

“Both buyers’ and sellers’ expectations of future price growth have adjusted. With the regulators’ beady eyes (and policies) firmly directed towards the housing market, price growth at the current pace is not sustainable,” said Fionnuala Earley, residential research director at Hamptons.

“That doesn’t mean that the housing market is going into a dive – indeed with more property on the market at a time when the economy is still in robust recovery, the prospects for higher transactions look good.” Haart’s figures add to a growing pile of data that suggest more people are now happy to sell their homes. Two weeks ago, Halifax found that 57 per cent of owners believe that the year ahead will be a good time to sell property. In comparison, less than third believe it will be a bad time.

The Bank of England also recently highlighted the growing size of mortgages in London. The share of loans which are worth more than 4.5 times the buyer’s income has more than doubled since the financial crisis, making up between a fifth and a quarter of the market today.

Despite an anticipated easing of prices in London, mortgage lending across the UK as a whole has kept growing in recent weeks. The Council of Mortgage Lenders (CML) said yesterday that more first-time buyers got mortgages in June than at any point since late 2007. Lenders extended 28,600 loans for buyers to get their first foot on the property ladder, an 18.7 per cent increase from last year.

Paul Smee, head of the CML, said that the group now feels confident that recent regulatory changes were more like a “gentle dampener than hard brake”. Haart’s figures reinforced the CML findings: despite the slowing speed of the London market, the estate agents say the number of sales nationally is on the up.