LONDON has bounced back strongly from the economic downturn, while the rest of the south east is also faring well.

The south east, excluding London, showed the fastest growth per head last year out of all the UK’s countries and regions. Its gross value added – known as GVA – was up 2.5 per cent in 2012, official statistics showed yesterday.

The Office for National Statistics (ONS) publishes GVA for regions, rather than using GDP which is deployed for the UK as a whole and includes taxes and subsidies. 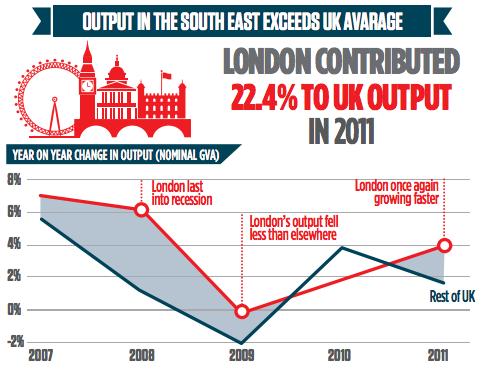 The capital accounts for over a fifth (22.4 per cent) of the UK’s total GVA, the ONS said.