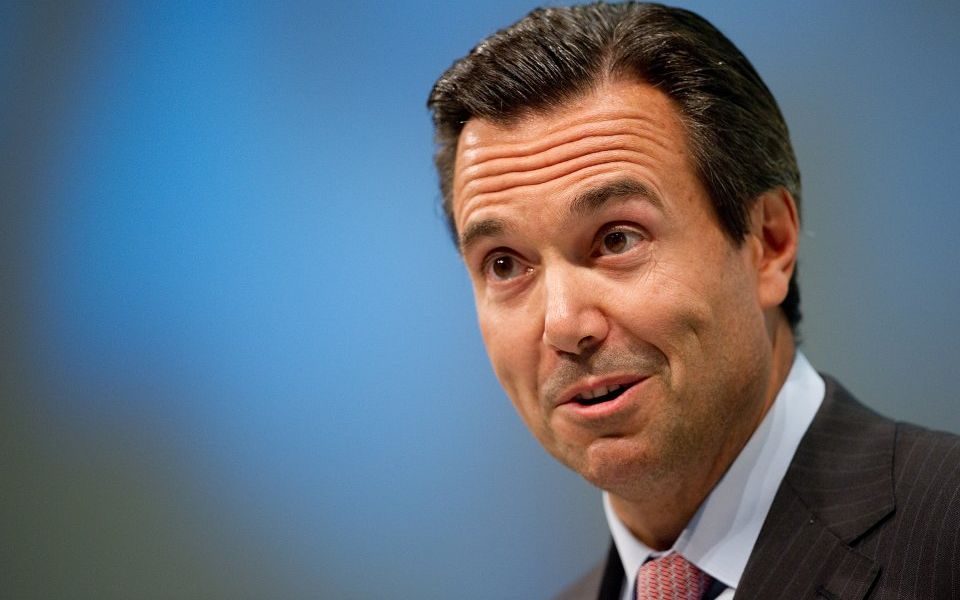 Lloyds Bank has announced plans to pay dividends quarterly from next year ahead of a potential shareholder revolt at today’s AGM.

The bank said the move, beginning in the first quarter of 2020, would allow its 2.4 million shareholders to be paid more regularly and efficiently.

The lender will dish out three equal payments in the first three quarters followed by a bumper dividend in the fourth quarter.

The announcement comes just hours before the bank’s AGM and amid a row over pension pay.

Last night MPs accused the bank of “boundless greed” over its executive pension pay and called for an explanation after a video emerged of staff being persuaded to vote for the pension programme.

Lloyds’s chief executive Antonio Horta-Osorio, who is Britain’s best-paid bank boss, took home £6.3m last year, which included a pension contribution of 46 per cent – compared to the maximum 13 per cent for other employees.

A fifth of shareholders voted against the pay policy at last year’s AGM.

In February Horta-Osorio voluntarily reduced his pension contributions down to 33 per cent, which has since led shareholder advisory groups ISS and Glass Lewis to drop their concerns and recommend all resolutions be passed.

But the work and pensions committee and the business, energy and industrial strategy committee slammed the bank last night and called for answers.

“The bank’s remuneration committee churning out a litany of excuses only further erodes what little dignity is left in these proceedings.”

In a letter responding to MPs, Stuart Sinclair, head of Lloyds’ remuneration committee, said the pension allowance cut for this year was an “important step” and the remuneration policy would be reviewed ahead of next year’s annual meeting.