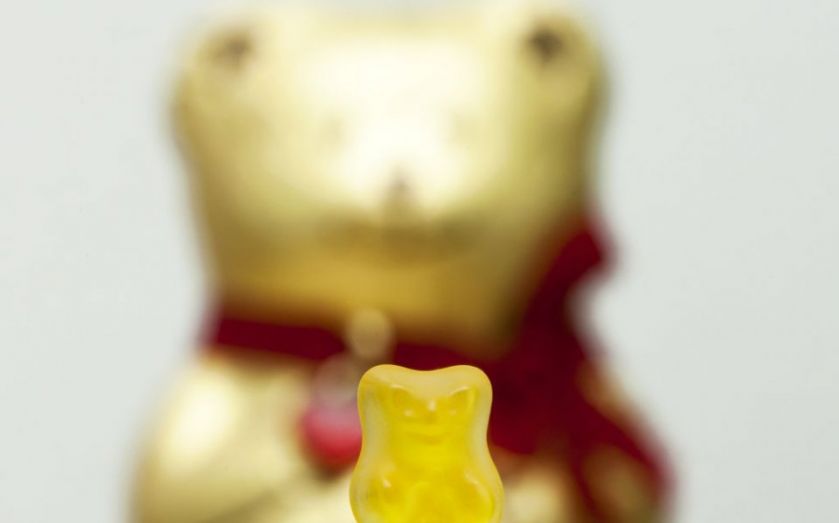 Swiss chocolate-maker Lindt & Spruengli has defeated a legal challenge from gummy bear maker Haribo, which had wanted to stop it making the gold chocolate bears.

Haribo said the Swiss chocolatier's gold foil-clad, red-bowed chocolate bears violated its "gold bear" logo, which can be found on the packets of the brightly coloured fruit gum sweets.

But the German Federal Court of Justice today ruled that Lindt's gold bear didn't violate Haribo's trademark, and nor did it copy the sweets.

The court found "gold bear" wasn't the only term which could be used to accurately describe Lindt's product – and "teddy", "chocolate bear" or "chocolate teddy" could also be used.

It said that, in this instance, granting the claim against Lindt would open up the danger of "product design monopolisation" in the area of three-dimensional goods.

Lindt first introduced the chocolate bear in 2011. A year later, Haribo took the company to court, saying that the products were too similar and this would confuse customers.

A German court initially ruled in favour of the German manufacturer, but the verdict was later thrown out by a court of appeal.

Last week the European Court of Justice dealt another blow to Nestle’s five-year battle to protect the shape of its KitKat chocolate bar, ruling that it did not merit a trademark.